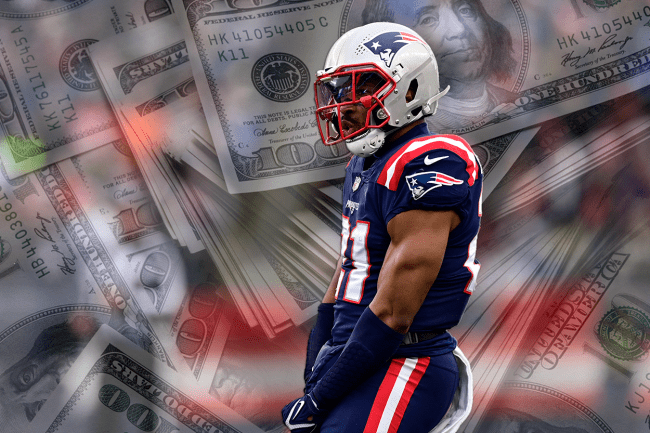 Hearing your name called in the first round of the NFL Draft makes for one of the greatest days in the lives of most college football players. Typically, the honor is often met with tears of joy and appreciation.

It doesn’t matter who you are, where you came from or how big you are, it’s hard to hold back tears when you receive the draft call. Just ask D.K. Metcalf.

During the first round on Thursday night, 32 players were selected to their future professional teams. And yet, very few of the draftees, if any, had a moment in which they were overcome with emotion to the point of tears.

Patriots cornerback Jonathan Jones thinks he knows why. Jones, who carved a path in the league after going undrafted, has been with New England since 2016. But he never had the chance to experience the feeling of getting picked.

He also never had the chance to make money (legally) in college. In the era of Name, Image and Likeness, many college athletes are getting paid — above the table — in exchange for things like public appearances, endorsement deals and sponsored social media posts.

That was not the case until July of 2021. As a result, over the course of the last eight or so months, many of the top NFL Draft picks had already signed lucrative deals for NIL.

In turn, Jones joked that the reason most picks didn’t cry on Thursday is because they didn’t experience the feeling of life-changing wealth in the same way.

Ain’t none of these boys cryin. They got that NIL money already

If you already got the bag, then perhaps getting paid in the draft isn’t quite as big of a deal.