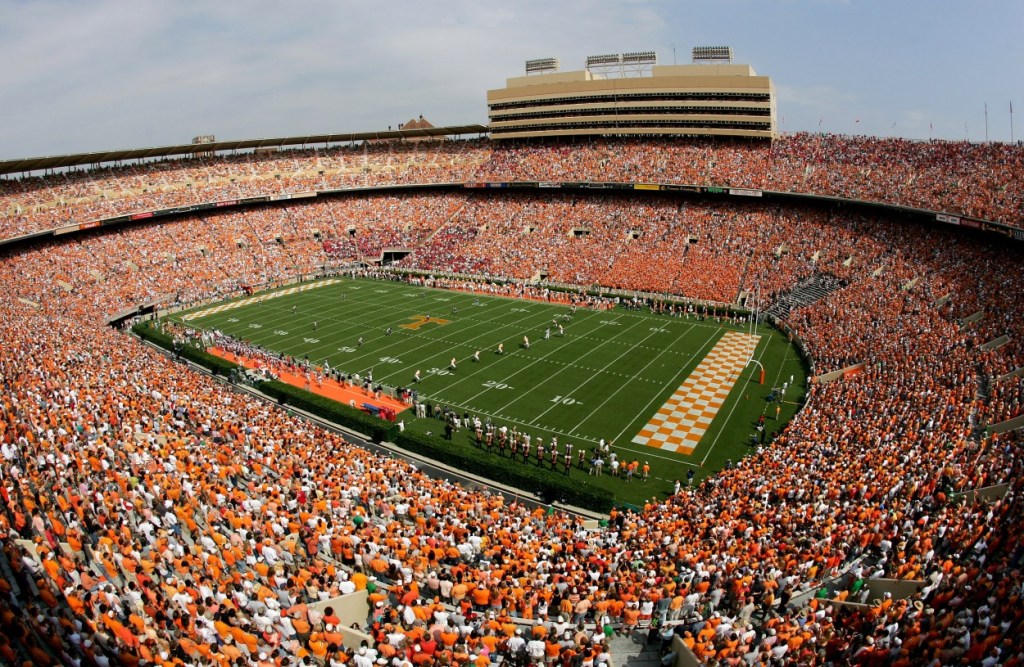 The NFL Draft has been held every year since 1936, a fact that continues to blow my mind every time I come across it. The 2022 Draft has arrived and with it comes the annual college football bragging rights of programs getting to beat their chests about player development when their athletes get drafted.

Greg Garvey (@BetweenTheNums) threw together this graphic which caught my attention on Twitter. It shows the number of NFL Draft picks by year for the top 25 schools every year from 2000 through 2021. And it is truly remarkable to see how the Tennessee Volunteers went from being perennial powerhouses to falling off a cliff.

It’s not all that shocking when you consider that Tennessee hasn’t finished a season ranked in the top 10 since 2001 but seeing them at the top and then drifting into obscurity is striking when it’s laid out visually like this. It’s also remarkable to see how the Ohio State Buckeyes have remained so consistently successful over the past two decades.

I’m honor of the 2022 @NFLDraft happening this evening, here is a progressive timeline of NFL Draft picks by college since 2000!

The Tennessee Volunteers have seen a ton of historic success in the NFL Draft’s first round. They rank 10th all-time for the most 1st Round Draft picks with 46, just one ahead of the Florida State Seminoles and Texas Longhorns (45). That’s more than some major NCAAF programs like Georgia, Penn State, Auburn, TAMU, Nebraska, and others.

To break that down a little, the Tennessee Volunteers had 65 players drafted to the NFL between 2000 and 2012 and in the past decade they’ve had just 18.

And I’m not even close to being an Ohio State Buckeyes fan but I have to give them credit where credit’s due. They’ve basically sent double the number of players to the NFL as the University of Texas in the past 21 years. Ohio State tied Miami in 2007 with 59 players sent to the NFL Draft and never looked back after that, holding onto the #1 spot for the past 15 years!

The same person who created that video above, Greg Garvey (@BetweenTheNums), put together this chart of which College Football teams are the best at producing NFL talent at specific positions. It’s worth noting that FSU, LSU, and Alabama are all featured twice here:

This year’s NFL Draft is sure to be loaded full of SEC players and it’ll be interesting to see what this list looks like at this time next week with a bunch of new data to add.

And for any Tennessee fans out there who are still reading this, know that I’m rooting for your team to turn it around every year. I firmly believe that College Football is better when these programs are good: FSU (my alma mater), Tennessee, Nebraska, Texas, USC, and Miami (I hate them but it’s true).