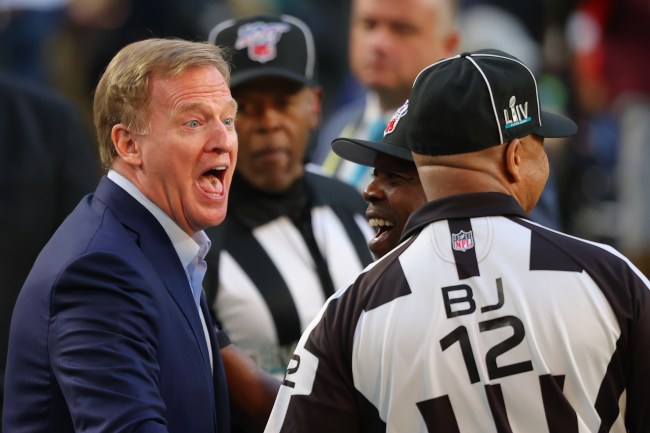 The NFL Draft is happening on April 23-25 and if players have any gripe about the health of themselves or their loved ones, Roger Goodell has a cactus they can sit on.

In his memo obtained by ESPN’s Adam Schefter, Goodell issued a stern warning to anyone who has a problem with the league’s decision.

He wrote in the memo, “public discussion of issues relating to the Draft serves no useful purpose and is grounds for disciplinary action.”

Can you imagine Adam Silver threatening players with punishment for public discourse over the Draft and how it relates to, ya know, a global pandemic? My imagination doesn’t stretch that far.

Goodell said the NFL Management Council Executive Committee met Thursday and was “unanimous and unequivocal that the Draft should go forward as scheduled,” while also acknowledging the sexy Las Vegas event it was originally scheduled to be will now be anything but.

Goodell acknowledged there would have to be significant changes and told teams to prepare to conduct the draft outside team facilities and with a limited number of people. Prospects and their families will not be present on-site at the draft, according to the memo.

A majority of the league’s general manager subcommittee cannot be happy with this business as usual stance, as it provides limited time for player physicals and psychological testing as well as logistical nightmares like not having access to draft rooms and offices.

I think I’ll stop writing about this now before Goodell personally shows up to my house with a gun.