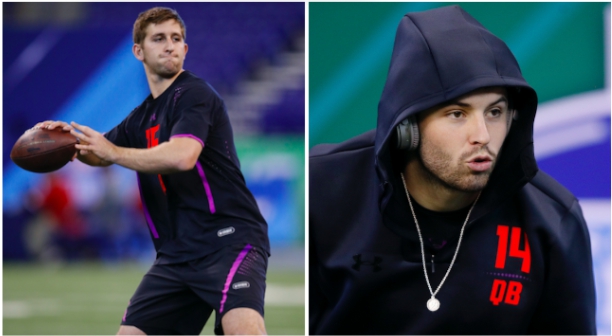 Baker Mayfield to Cleveland and Josh Rosen to Arizona. Those are the facts. Everything regarding character and assimilation into the pros is purely speculation. But it’s provocative and IT’S WHAT THE PEOPLE WANT. And we’re in the offseason so it’s all we got right now.

ESPN insider Mike Sando scooped the opinions of various executives about arguably the two most polarizing players in this year’s draft: Josh Rosen and Baker Mayfield. Since the execs chose to remain anonymous, their opinions are raw and unfiltered.

Check them out below: 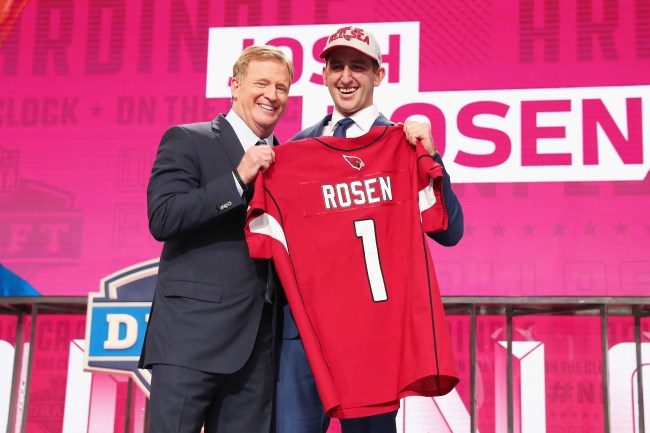 “I was hoping they would stay at 15 and get Lamar Jackson, but I don’t have a problem with what they did,” an exec said. “Everybody recognizes the talent with Rosen, but he is not the top guy in the draft because nobody likes him.”

An exec noted that quarterbacks coach Byron Leftwich, already considered future head-coaching material by former Cardinals coach Bruce Arians, would become a shooting star if he could help mold Rosen into a success.

“Byron will be good for the kid if Rosen allows it,” an insider said.

This insider then let out a chuckle.

“Byron in about a week will probably want to take a poke at him,” this insider continued. “He’s from f—ing D.C., and he ain’t having a cake eater walk in and act like an a–h—.”

Another insider bristled over the gap between [Lamar] Jackson’s college production and where he was selected, particularly with so many questions surrounding the other quarterbacks.

“We will take Rosen, whose teammates dislike him and who makes a fool of himself on TV,” this insider said, “but there were only a few teams that would have taken Jackson, even though he could be the best quarterback in this draft.” 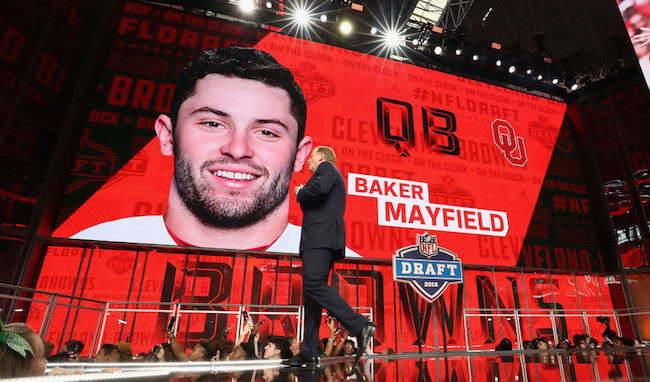 What if someone told you two months ago that the Browns would select Baker Mayfield first overall?

That is where Buffalo bet its future on Wyoming quarterback Josh Allen.

“It’s a cold-weather quarterback who is big and strong, not frail and little, in a cold-weather city where it’s windy,” an exec said. “You are going to have to throw it through the wind and he can do those things. Good job for that. He is aw-shucks, likes football, makes his team visits with sweats and tennis shoes — perfect for Buffalo. They don’t need Baker Mayfield in f—ing designer clothes, OK? They need Jim Kelly.”

“It’s like the biggest gift [the Jets] have ever received,” an exec said. “They may have played this thing perfectly. I almost wondered if they leaked that they liked Mayfield, which forced Cleveland to take Mayfield at 1 as opposed to getting him at 4. I do not know if that was the case, but if it was, that was masterful by them.”

All of these executives should be required, by law, to stand by their words one year from today. Only fair.