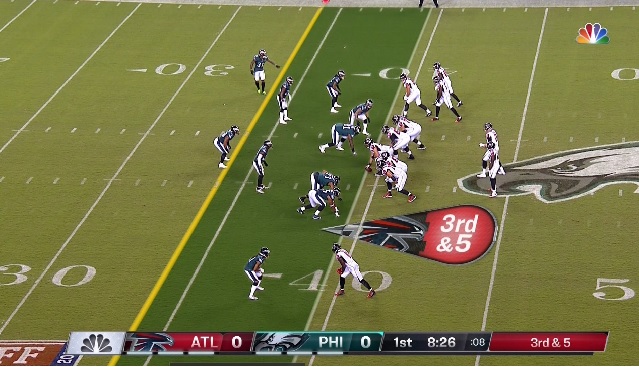 During the NFL preseason NBC introduced a new feature for their broadcasts that they hoped would revolutionize the way people watch football called the ‘Green Zone”.

The Green Zone is used on third downs and is meant to show viewers how far a team has to go to get a first down.

Who thought the “green zone” was a good idea? pic.twitter.com/UZrVdxxoB0

Repost: Here's what NBC has planned this year for its NFL coveragehttps://t.co/t4pLKXkf05 pic.twitter.com/lCrECVZA9j

The Green Zone is obviously and truly the *DUMBEST* "idea" ever taken to the public. But I'm here to say 🗣PUCK TRACKER WAS SWEET AS HECK AND ITS ONLY CRIME WAS BEING AHEAD OF ITS TIME🗣 pic.twitter.com/cpw8T03yo5

i like nbc’s green zone thing. then again i also liked fox’s glowing puck thing and i think it’s good that the al and nl have different designated hitter rules. and i kind of like beefamato, the drink that’s basically just tomato juice and beef broth. and i think coldplay is good

So you're telling me a whole team of people thought this terrible green zone was a good idea. Unreal

I can't wait until we have the Red zone redzone and the blue neutral zone(between the next 10 yards and the red zone redzone. And then of course the black zone, which is everything behind the line of scrimmage. Don't want to go there. That's bad. #NBC #GreenZone