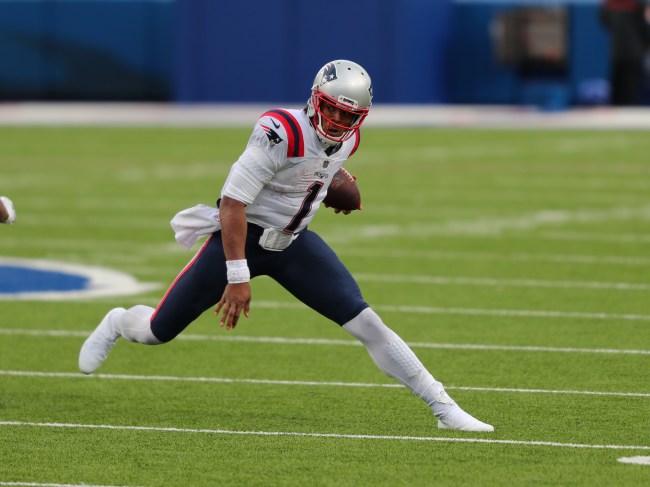 Heading into Week 9 of the NFL season, was there anything uglier than that forced Packers-Niners on Thursday night? Everyone and anyone were “on the list.” So why not push it to Monday Night Football? Good question. The only people with the power to make sense are the very people who lack the ability to make sense.

Jimmy G, gone. Kittle? Gone. Anyone who the Niners suited up to smack some shit? Gone. Just awful. Thanks again for playing the game in the interest of money.

And that’s just great, which is a fine thing to say when things are screwed. Now, nothing is quite full-tilt-fucked as George Kittle being out through the holidays. Seriously. this is just crushing. A true bright light has been shelved.

But guess who’s back? Honestly, this is a harrowing reality:

MISSING IN ACTION: Gone from the slate this week were the Eagles, Rams, Browns, and Bengals. First things first: After eight straight weeks of playing with an invisible offensive line, Joe Burrow can finally trade snaps for naps. Sadly, it also meant we were deprived of the forever-evolving Baker Mayfield, Jarvis Landry, and Aaron Donald, among other big names.

For comedic reasons, the absence of a frenzied, indecisive Carson Wentz running for his life and confusing the living shit out of Eagles fans probably hurt the most.

Catching up on postgame quotes – what do you think of Carson Wentz’ outfit? pic.twitter.com/IgB9T5MU5P

Let’s be honest, he’s always been a little lawwwwwst.

But annnnyway, let’s get to this shit. Once again, whether it was fire, fierce, funny or FAIL, it’s time to bring the pain like a truly unhinged Kane.

#Jujusmithschuster opted for the Babushka for travel day. Feeling his look? 🤔 📸 @steelers

This is just brilliant. Cam Newton has successfully trolled the world — for the 5 trillionth time no less — and getting first-class, terrible-wing-gas people like me to react so excitedly with laughter appears to be part of the point. Would you say Cam’s winning? A safe bet. Cam’s always winning in some capacity. SPOILER AlERT!!! Cam Newton has become such an expert at trolling us with these extreme fits, especially ever since he began shocking the world with similar Thelma & Louise looks in the past…

Why is Cam Newton going full Thelma and Louise? pic.twitter.com/dSufeoGSRE

… that we just assume it’s him in his signature disguise when — in this rare case of misidentification — it was actually Cam Newton imposter JuJu Smith-Schuster all along! This is like a classic episode of Scooby-Doo, and an entertaining one at that. Certainly the upset of the season thus far.

Bro, this is a problem. But no no no — if we’re being honest — that jacket just threw you outta bed and will conduct all driving henceforth.

Denim on Denim for #DeshaunWatson 📸 @houstontexans

Sorry, but you can’t do the whole ALL DENIM EVERYTHING unless you’re running the world. So have a seat, at Gap, because Patrick Mahomes is currently doin’ and doin’ and doin’ it well. If you didn’t already start singing it, you’re probably dead. Alas, the Texans are 2-6, one of the most improbable clown shows we got going.

Honestly cannot remember at any point — at any time — that Kenny Stills caught a football. An actual football. The only people who would truly know are the ones stretching their fantasy football lineups to the point of “nowhere fast.” Best wishes, dipshits! But he as sure hell conducts himself as WR1, and that’s fine with me.

Focused on the 49ers. #GBvsSF #GoPackGo

The “Wet Bandits” streak is alive and UNWELL. Looking at a ridiculous 173 weeks, now. Really looks great and I definitely mean it. 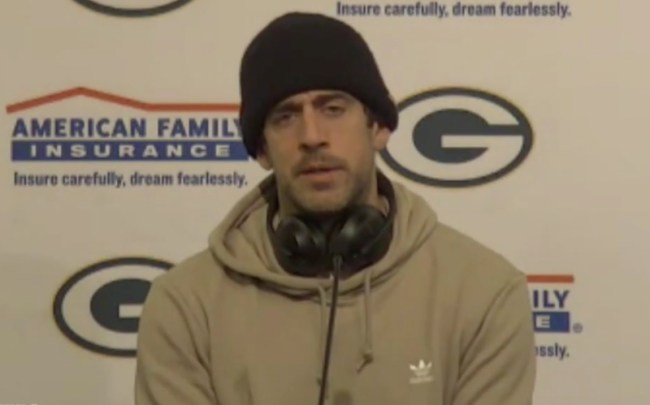 If you were to tell me that Kyler Murray stands 3’10”, I’d have no choice but to believe you. And how could you not? The dude is a beast though and one of my favorite Ewoks going.

Incredible work with the El Paso Rhinos hockey jersey; incredibly bad work on forgetting to wear his usual Macho Man-like shades. Be Better, Do Better, You Can Be Better.

Nothing horrendous to say here about our boi, Matty. What a turn! Although I cannot imagine calling “Detroit” my “home.” I’d rather be trapped inside a particularly grueling episode of Chicago PD.

Taco Charlton has confirmed he will unfortunately be missing some considerable time for the Chiefs with a leg injury, but very few players have made the most of these last two weeks than the very spirited and unconventional, Taco. Get well soon, my man.

Anyone else craving 🧀 for dinner tonight?? #GoNiners

A sad state of affairs when you consider the 49ers dog is the only thing to celebrate this week. Jesus!

Ask and you shall receeeeeive! Congratulations on winning “best fleece” and “coolest backpack” by your Washington Seminar peers. Things are looking up.

Not sure we’ll ever again see something so subdued and, frankly, depressing. Give us D-Hop with all the bells and whistles. Literally.

Another week another opportunity

ALL BRAND EVERYTHING. Preston Smith is the king of this approach. More power to him.

#Burberry OR #Fendi via @prestonsmith

I Pray that I never take days for granted. Colossians 3:17 #blessed @brandedbespoke

If there’s one thing I’m certain of, it’s that Adrian Amos is uncertain of something.

Sneakers have made their way into the business with the force of Thor. Sadly — and tragically — this would not be one of those cases. Those pants are just not working with the AJ1s.

Used to collect them cans for that U.S. token.

That photo — seen above I hope — was not working properly for a while so I really don’t care but if it is let’s take a highly sincere moment to celebrate the very UNGREAT Marcedes Lewis. Bro, try catching a football for once in ya’ life.

Sneakerheads will appreciate this one of Cards’ linebacker Isaiah Simmons, who certainly appears to know his fit is fire.

I’m sure football fans would be quick to know just in who the entirely fuck this is — nice shitty work again, FalconFits. UPDATE: Yes, that’s Julio Jones, who I failed to recognize since he was not staring at his cell phone.

Everyone please enjoy the rest of the week! Take it away, Frank!