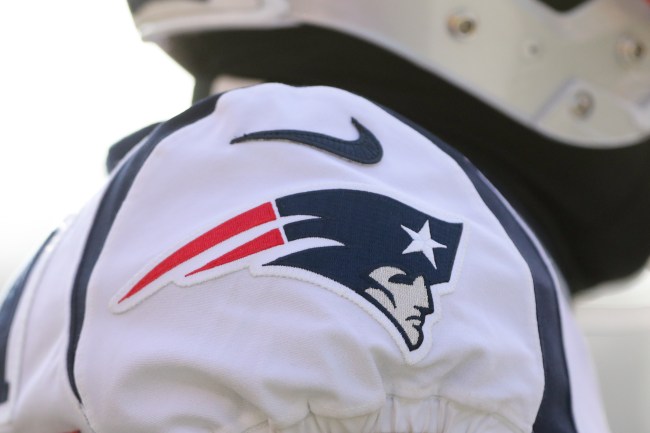 Roughnecks: Can I copy your homework?

Patriots: Yeah, just change it a bit before turning it in.

The #NFL Properties/New England Patriots have officially filed opposition to the Houston Roughnecks of the #XFL secondary mark.

Like the Oilers, it was filed in 2019, since they have exhausted court extensions, a trial date has been set.

The XFL’s Houston Roughnecks, the premiere professional team in Houston despite the league filing for bankruptcy nine months ago, is still going through the ringer as The National Football League Properties Inc. officially filed an opposition to their secondary logo on behalf of the New England Patriots.

Unlikely to ever actually go to a court trial, but if it does, there will be a discovery hearing, and the NFLP has to prove that the XFL designed this logo with the intent to confuse the public, and piggyback off the goodwill established by the updated 1993 logo of the New England Patriots.”

What’s wild is that this isn’t the first time the Roughnecks have been caught peeking off someone else’s test.

Just weeks ago, the NFL opposed a Roughneck’s trademark application that the primary logo was too similar to the Houston Oilers logo.

The NFL has opposed a trademark application for the XFL's Houston Roughnecks logo.

On December 28th, the NFL filed court documents claiming the Roughneck's logo was too similar to the Houston Oiler's logo.

Perhaps the first of many @TheRock vs. NFL battles?

Houston is the only franchise in the XFL with a creative problem, as every other team managed to drum up something that wasn’t derivative of a logo we’ve already been exposed to.

Which team are you aligning with? #XFL #XFL2020 pic.twitter.com/VlYgueXRhb

Dwayne The Rock Johnson bought the XFL in August for $15 million, a move former NFL linebacker Channing Crowder categorized as a giant waste of money.

“When the first XFL [launched], the quality of play, it wasn’t NFL and we’ve been so stuck on the NFL, you can’t get the NFL in any other league. I think that big, thick, motherfucking Samoan wasted all his god damn money.”

Interesting description of a guy who’s done no harm to you, Channing.