NFL Forbids Postgame Interaction Between Players, Tackling Each Other Is Still Okay Though 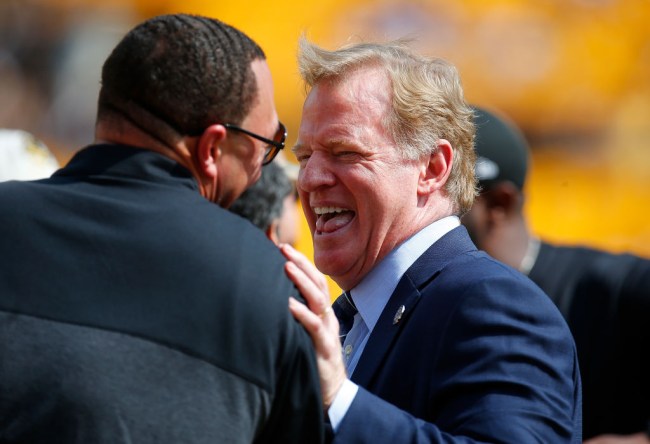 It’s no secret that if/when the NFL season gets underway this year things are going to look different in many different ways. Fans may be allowed in the stands, they may not be, and players could even be wearing helmets featuring protective face coverings. At this point, pretty much anything and everything is on the table when it comes to ensuring football will be played this fall.

What hasn’t been talked about too much in regards to new health and safety protocols in the league are postgame procedures. It would be easy to assume that social distancing guidelines would be implemented when it comes to media availability and pretty much any interaction inside the locker room, but what about player interaction after the game?

NFL teams will be forbidden from postgame interactions within 6 feet of each other and jersey exchanges between players will be prohibited during the 2020 season, sources say.

Another way the NFL will look different in the COVID-19 world.

You can’t blame the NFL for implementing these new rules. After all, these two steps do in fact limit unnecessary contact between players, but it’s still outrageous to read about. Players won’t be allowed to shake hands after the game, but beating the hell out of each other between the white lines is totally fine.

It’s safe to say players won’t obey these rules, but the NFL has to cover all its bases on paper.