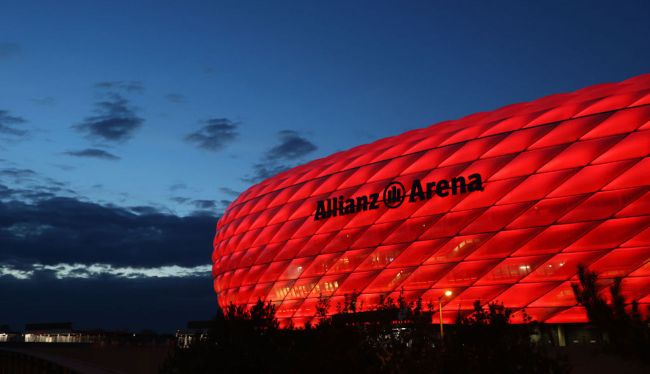 The NFL has announced that the Tampa Bay Buccaneers and the Seattle Seahawks will be the two teams to face off at the Allianz Arena in Munich for the first-ever regular-season game in Germany later this year. The game will take place on Sunday, November 13 at 9:30 a.m.

Football fans in Germany will be treated to a performance from future Hall of Fame quarterback Tom Brady who — after just 40 days as a retiree — announced he would be returning to Tampa Bay for a 23rd NFL season a few months back.

The Bucs will be the “home” team for the game, which will kick off a 9:30 a.m. ET. Tampa is one of four teams that holds international marketing rights in Germany. The Panthers, Chiefs and Patriots are also in that group.

Other international games in London and Mexico City are expected to be announced on Wednesday and the full schedule will be revealed on May 12. [via ProFootballTalk]

Now, while the Seahawks may not be the NFC West powerhouse that they were a few years ago, they’re still a better franchise than the New York Jets or Jacksonville Jaguars, who are two of the teams that the NFL usually seems to send overseas.

In addition to the game in Germany, the NFL also confirmed the other games in this year’s International Series slate.

On October 2, the Minnesota Vikings will take on the New Orleans Saints at Tottenham Hotspur Stadium in London. Then, a week later, the New York Giants will take on the Green Bay Packers at the same stadium. Finally, on October 30, the day before Halloween, the action will shift over to Wembley Stadium in London for a game between the Denver Broncos and Jacksonville Jaguars.

RELATED: Ryan Tannehill Says He Was In A ‘Dark Place’ After Playoff Loss To Bengals, Explains How He’s Gotten Over It