Ryan Tannehill Says He Was In A ‘Dark Place’ After Playoff Loss To Bengals, Explains How He’s Gotten Over It 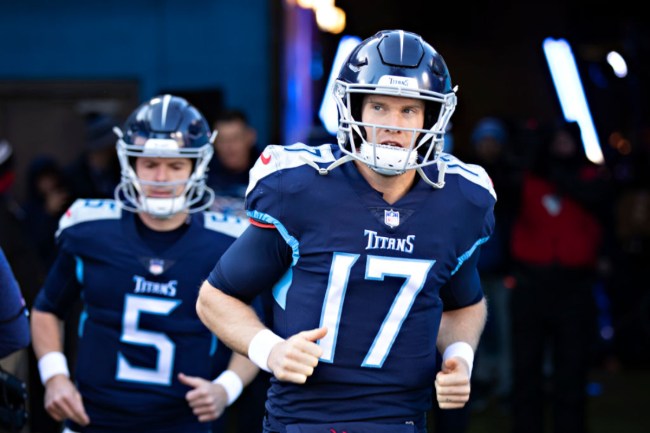 When the Tennessee Titans fell to the Cincinnati Bengals at home in the divisional round of last year’s NFL playoffs, everyone pointed a finger at Ryan Tannehill. He threw three interceptions in the 19-16 loss, and it took him quite a while to erase that nightmare from his memory.

Tannehill spoke with the local media in Nashville on Tuesday and shared an honest reflection about the loss. He shared that he sought therapy to help ease his mind in the weeks following the disappointing game.

“It’s a deep scar,” Tannehill said, according to ESPN. “Every time I closed my eyes I kind of rewatched the game. I didn’t get a whole lot of sleep for weeks. I was in a dark place, and it took me a while, a lot of work to get out of it.

“I’ve worked through it, but therapy, talking to people, time helped. It took a lot of work to get through it.”

According to ESPN’s Turron Davenport, Tannehill said he had “a lot of therapy sessions” and as a result, he’s able to look back on the game and learn from it.

“This is the first time that I absolutely needed it [therapy] to pull me out of a dark space,” Tannehill explained.

Tannehill completed 15-of-24 passes for 220 yards and one touchdown during the loss to Cincinnati.

Talking about being in a “dark place” and losing sleep over the loss weren’t the only interesting things Tannehill told the media on Tuesday.

The veteran QB also made headlines by saying “I don’t think it’s my job to mentor” Tennessee rookie Malik Willis. Kurt Warner called Tannehill out for his comments about the rookie QB afterward.