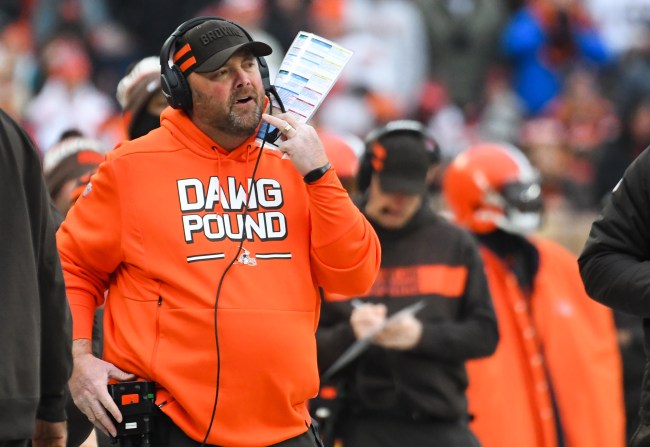 It seems like Freddie Kitchens is already on the hot seat in Cleveland midway through his first season as a head coach.

The Browns are 2-4 despite lofty preseason expectations and fans have been critical of Kitchens’ decision-making on the field.

I don’t think Freddie Kitchens is the guy.

Apparently the Browns front office might be ready to move on from Kitchens if he continues losing. According NFL insider John Clayton he heard rumors that the team was ready to fire Kitchens after their latest loss against the Seahawks.

.@JohnClaytonNFL reporting on Browns dyfunction: "I was there on Sunday. There was a lot of talk that Freddie Kitchens was almost fired after that Seattle loss."

.@JohnClaytonNFL actually said on @937theFan: "The way it's heading there's no way you're going to have (Kitchens) back next year. In fact, there were some rumors when I was in the Browns pregame, that he could've gotten fired after this game, b/c they're going to be sitting 2-5"

“I think the team has responded really well,” “I like the offensive scheme that he’s kind of developed which was on [display] in the Seattle game, by putting [Mayfield] in a really good position to move those chains.

“I think Freddie has done a really good job. I love where he is right now in terms of that first-year heading label you all try to stick with him.”

If the Browns get eliminated from the playoffs early this season it seems like there’s a good chance Kitchens gets the axe sooner than later.