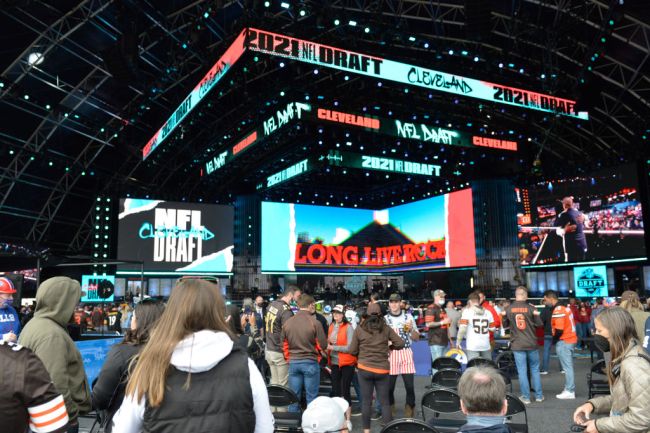 Seemingly out of nowhere, a debate began on Twitter last night about the NFL Draft because of a tweet from Pro Football Talk’s Mike Florio.

No prospect should attend the draft without an appearance fee. Why be an unpaid prop in a TV show from which the NFL generates significant profit? Most of the kids are brainwashed by the idea it's an "honor." It's exploitation.

Football fans quickly disagreed with the opinion, so he doubled down on it today with an article on Pro Football Talk.

Here's a longer version of last night's tweet that riled up the "shut up and entertain us" crowd. https://t.co/tKgtkKK1It

This is just such a ridiculous stance to take on this non-issue. The NFL Draft is one of the biggest nights of the lives of these players. Nobody should be telling them how to enjoy it.

The NFL also doesn’t force them to be there. Why should the NFL be forced to pay players who choose to appear at the draft?

Florio also claims that the NFL benefits more from the players being there than the players benefit from being there, but do we really know that this true? Did less people watch the NFL Draft in the year it went virtual because the players couldn’t physically attend?

To make the argument even more ridiculous, Florio states in his article that the NFL covers expenses for the players who attend the draft. So the NFL is taking care of expenses for individuals who voluntarily attend the draft so that they can get the full experience of this huge moment in their lives.

There are plenty of things available to football fans to complain about at both the college and NFL levels. Compensation for attending the NFL Draft really just shouldn’t be very high on the list.