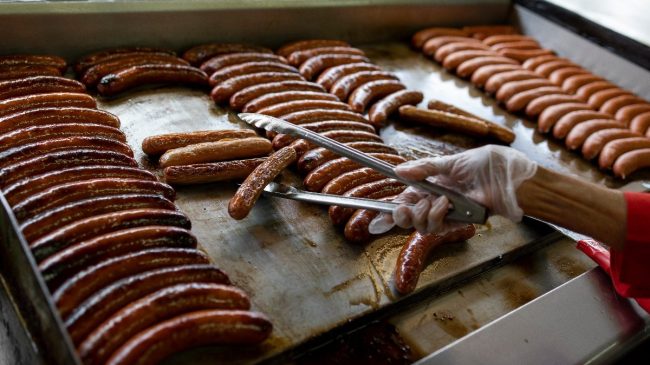 The 2022 NFL season is about to kick off and we’re diving deep for the best tailgate food possible. Tailgating is all about eating and drinking right before the game so you, hopefully, spend less money once you’re inside the stadium. However, why not just combine the two and get drunk off the food you’re eating? That’s the idea behind the Jager bomb hot dog at least.

Barstool Sports shares a clip from The Tipsy Bartender, where they create this monstrosity called the Jager bomb hot dog. Finally, NFL fans can get hammered while eating one of America’s greatest cuisines. If you have what it takes, check out the video yourself and see how you can make it at home.

Okay, I don’t know about you, but I’m down to try some Red Bull spiked ketchup. What can go wrong marinating your hot dogs in Jager? For anyone trying to get a nice buzz going for the opening week of the NFL season, look no further!

How is this not the perfect tailgate food? I love hot dogs, I love Jager, and Red Bull isn’t bad either. Put it all together and feed me this monstrosity to kick off Week 1 of the NFL. My only request is to hold the mayonnaise because that’s the most disgusting part of this entire video.