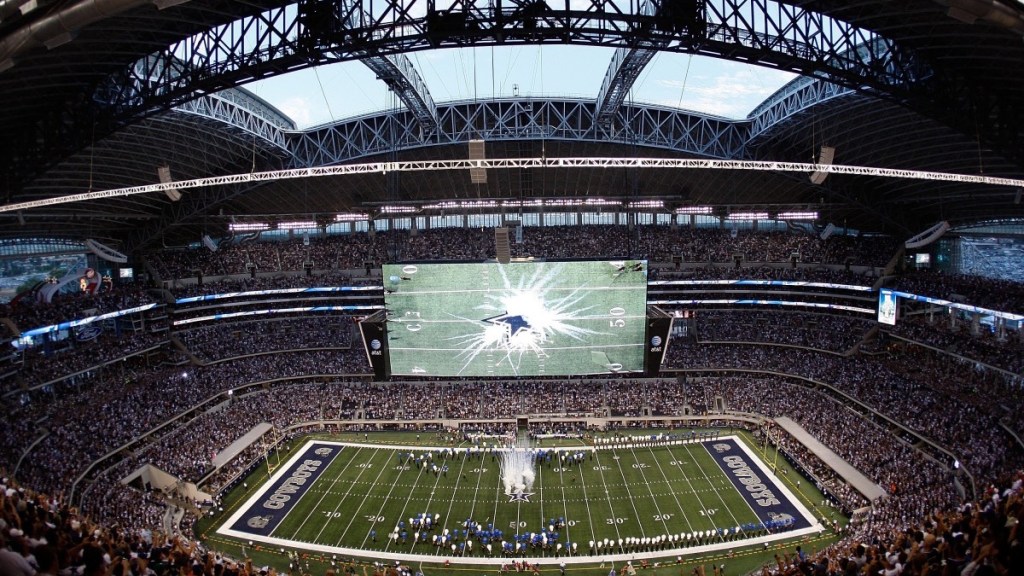 The Dallas Cowboys have debuted a new over-the-top hamburger that will be available at home games this season. AT&T Stadium aka Jerry World is the biggest attraction in the Dallas Metro Area and this burger’s size and appeal are meant to match that.

I have to wonder though, who is this really for? The majority of NFL fans fall between the ages of 35 and 64 years old. And according to the Cleveland Clinic, heartburn gets worse as you get older. So I’m wondering who this absolute unit of a burger is for…

Darren Rovell appears to be the first person to announce the new burger that will be available at Dallas Cowboys games this season. The ‘Fried Mozzarella Burger’ is loaded up with ‘Fried mozzarella sticks, marinara, burger and pepper jack cheese.’

A colleague of mine remarked that he ‘got heartburn just looking at it’ and honestly, I feel the same. Maybe it’s the hashbrowns and coffee I scarfed down 15 minutes ago or maybe it’s the insane amount of grease you can see glistening on top of the burger’s bun, but I’m feeling heartburn while staring at this.

A lot of folks seem intimidated by the Fried Mozzarella Burger

This new Dallas Cowboys burger does look delicious. But I’m kind of stuck on what it has to do with the state of Texas. Marinara? In Dallas?

No need to buy a shirt with a stain on it when you’re holding that beast.

I don’t think anyone’s implying the Dallas Cowboys invented putting mozzarella sticks on a burger. They’re just the first NFL team to roll it out during games:

@sheetz has been making “The Big Mozz” for years. Call when they’re original

I have to poop just looking at this thing

The play is to eat this in the 4th quarter of Dallas Cowboys games, right? Eat it as the game is winding down so you can head home and pass out… hopefully not in an ambulance…

Does it come with a side of ambulance 🚑?

Anyone out there dissing this new offering from the Dallas Cowboys should to remember ‘don’t knock it ’til you try it.’ These are tried and true delicious flavors. A fried mozzarella burger has been on menus at Sheetz, Denny’s, and food trucks in NJ and the Philly area for years.

Stadium food is a constant game of one-upmanship, not just with the Dallas Cowboys.

Rolling out new food offerings is something every professional sports team does to put fans in the stands. It builds hype and when there’s value to the fan, it’s a win-win for the team and ticket holder.

Atlanta United debuted a whole ‘drunken Jamaican jerk chicken‘ back in May that took the soccer world by storm:

It remains to be seen how the Fried Mozzarella Burger will be received by fans and how it’ll stack up to other offerings around the USA.