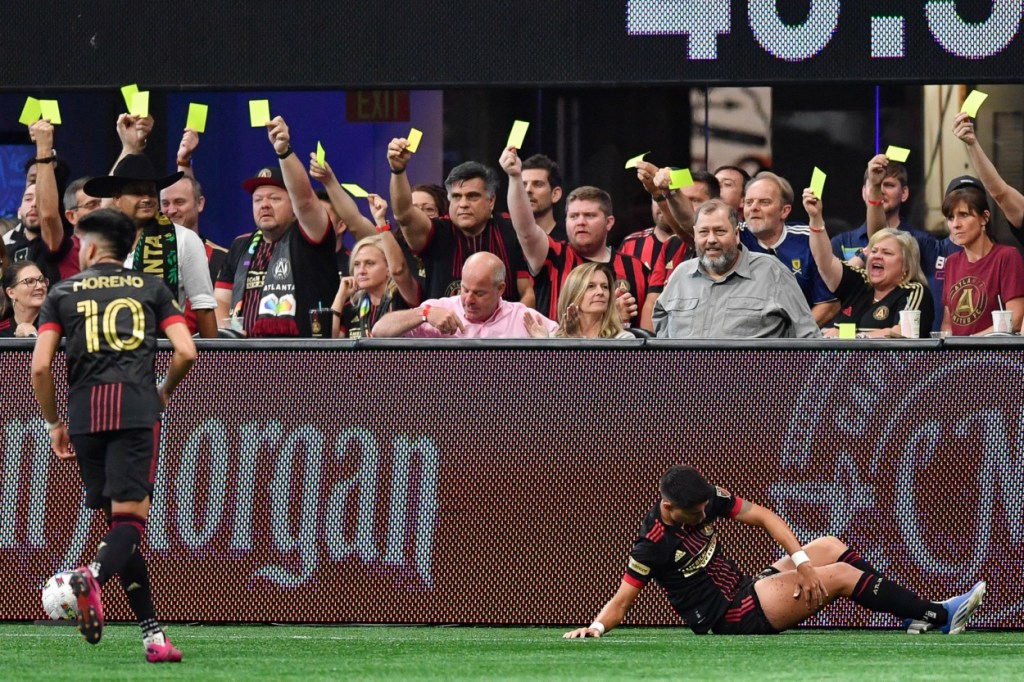 Stadium food is generally pretty homogenous across the United States with every venue offering menu staples like pizza, chicken fingers, burgers, and hot dogs. Then there’s this world of one-upmanship where each stadium tries to pepper in a handful of unique offerings that might pick up headlines and set them apart from the competition. I don’t get the vibe that Atlanta United put this whole chicken on the menu for attention but it’s gone viral either way.

An Atlanta United fan tweeted a picture of a ‘Drunken Jamaican jerk whole chicken with curried collard greens and candied yams’ that apparently sells for just $22. That’s an absolute steal. The Mercedes-Benz Stadium in Atlanta has prided itself on keeping the price of concessions down but this is next level.

A whole chicken from a butcher might run you $15 and here you get it with multiple sides. I’m all-in on this, which seems to be a sentiment held by a lot of Americans. While a lot of soccer fans outside of America are quick to point out that eating a whole a** chicken during a game is American excess at its best. Let’s see what the folks on Twitter are saying…

For context here, Ibrox Stadium is the home of the Rangers Football Club in Glasgow, Scotland.

I’m crying. Imagine turning round at Ibrox & seeing a cunt tuck in to a whole chicken 😭 https://t.co/BmR1FdbEcs

Me. I do. I eat a whole chicken regardless of whether or not it’s at an Atlanta United game.

You could feed yourself and your kids cheap for that! Great deal

Proves what exactly? How does anyone anywhere think that Americans don’t actually care about their teams’ success??

Tbh our sporting culture is based around a day out. Tailgaiting, esp in the south lasts all day. Baseball is Americas past time and thats basically sitting out all day and passively watching the game bc of the nature of the game. They dont support “less” just differently.

Opposing player taking a corner when he gets hit with a whole ass chicken pic.twitter.com/DDTFAvsasg

You gotta toss that bird

That looks incredible but not understanding how you eat it at a soccer game. Also, considering hot dogs are like 12 bucks at a game, did you have to get a second job to buy it?

This is probably absolutely delicious, but HOW in the hell does one eat this and not end up covered in chicken grease and jerk sauce?! I’d expect this in boxes/suites, but this is precarious in the regular seats!

To be fair, Atlanta United sits in 7th place and has only scored 17 goals in 11 games so it’s not as if there’s serious concern of getting hit in the head with a celebration chicken.

Oh look, we scored, now let me devour that bird.

It is kind of funny that this is being pointed out as the ultimate American sports food when the dish itself has ‘JAMAICAN’ right there in the name.

I said it above and I’ll repeat it again: I’d 100% order the whole drunken Jamaican jerk chicken at an Atlanta United game because it looks delicious. $22 is an absolute steal for that much food. Even if I only at 1/3 of it I’d be happy with my purchase.

Would you order the $22 chicken?