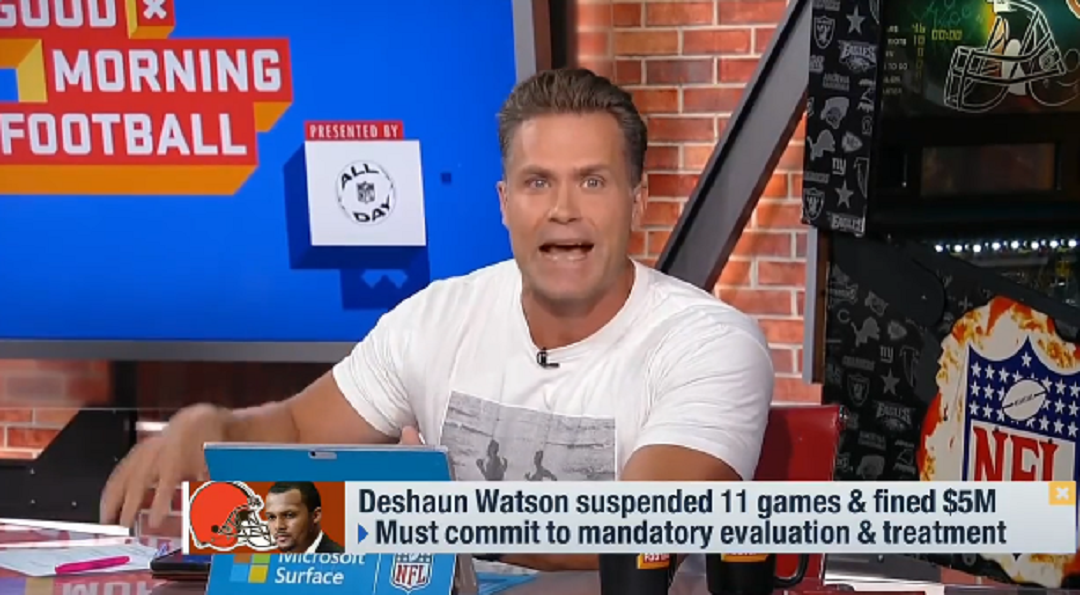 NFL Network’s Kyle Brandt is not happy with what he saw from the Browns’ press conference after Deshaun Watson’s suspension settlement was announced.

On Thursday, both Watson and Browns owner Jimmy Haslam spoke with the media and made some bizarre comments after it was revealed Watson had agreed to an 11-game suspension and a $5 million fine.

During his press conference, Watson maintained his innocence and said he didn’t do anything wrong despite settling his suspension case.

Deshaun Watson says just because he settled the cases and agreed to this suspension doesn't mean he's guilty of anything or did anything wrong.

He just wanted to move on from everything.pic.twitter.com/obTWAK2PL9

#Browns owner Jimmy Haslam: "I think in this country, people deserve second chances. Is he never supposed to play again? Is he no longer supposed to be part of society? That's what we're going to do. We gave Kareem Hunt a second chance and that worked out pretty well."

In the middle of questions about Deshaun Watson's behavior, Jimmy Haslam says: "It's important to remember Deshaun Watson is 26-years old, and he's a hell of an NFL quarterback." pic.twitter.com/cIeLtnzkGg

During Friday morning’s edition of Good Morning Football, Brandt ripped into Watson and called him a liar for apologizing last week but standing on his innocence after he got suspended. Brandt went on to call out Haslam for being an “enabler” to Watson’s actions.

Thoughts on the Browns and Deshaun… pic.twitter.com/INoJLo8APS

“I’m supposed to be pleased about this?….”I just feel sick about it.”