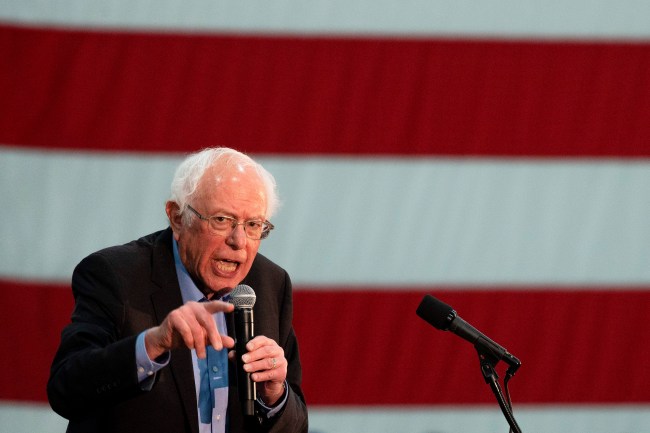 The NFL owners are trying their hardest to get a new CBA agreed upon with the players union as soon as possible because they’re afraid several factors could cost them money if they’re forced to wait a year to get it passed.

NFL/owners: The league’s feeling was that it was worth conceding on even the revenue split in order to get a deal done. The reason why isn’t complicated: The sooner the CBA gets done, the faster the league can move on to the broadcast deals, and then monetizing gambling. They believe, simply, they’re in a sweet spot to go forward with the networks. The ratings are great, the economy is humming.

According to Sports Illustrated’s Albert Breer NFL owners are fearful that Bernie Saners winning the Democratic nomination could be bad for business if they don’t get a new CBA locked in before the election.

In fact, some in the league worry, in the short term, about what Bernie Sanders’s winning the Democratic nomination might do to the stock market and how that would affect the environment to do business. If the NFL is bound for a lockout in 2021, will the money be the same? Then, there’s the fact that the NFL itself is bracing for the election to do damage to its ratings, as was the case in 2016.

The NFLPA set the new CBA proposal to a vote on Wednesday but there has been pushback from several prominent players about getting passed this soon.

The @NBA & @MLB are doing it right.
Players come first.

ALL @NFL players deserve the same.

WE should not rush the next 10 YEARS for Today’s satisfaction.

Whereas Richard Sherman was one of the loudest voices against the proposed CBA last week, Aaron Rodgers was one of the biggest objectors last night, per sources. Rodgers wanted even more dramatic changes to the off-season program that included more free time for the players.