An Ex-NFL Player Caught A Guy Peeping Into His Daughter’s Window, So He Broke The Guy’s Face 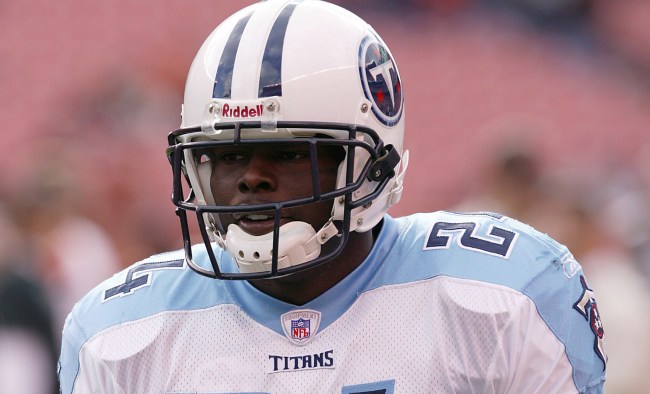 Criminals are often, very often, not real smart. But that’s a good thing. That’s how we catch so many of them.

On Monday, another one of crime’s brainiacs decided that peeping into the window of a young woman would be a good idea. A young woman whose dad is ex-NFL player Tony Beckham, who played 56 games at cornerback for the Tennessee Titans and Detroit Lions from 2002 to 2007.

Big mistake. Because Beckham caught the man peeping into his daughter’s bedroom window and naturally, he beat the sh*t out of him.

“I thought he was a maintenance guy or something, trying to fix something,” Beckham told WPTV News. “But then he squatted down and I could see his hand gestures moving. And I go, what are you doing? I startled him and he tried to take off running.”

Beckham told WPTV that he tackled the man, 48-year-old Geoffrey Cassidy, and held him down until deputies arrived.

“Who else is going to take care of them? They’re my kids,” said Beckham. “I grew up without a dad. To see a man out there belittling himself to get a fix off a kid? That’s morally wrong to me.”

How I picture Beckham lining up the guy for the tackle…

But I think he may have done more than just “tackle” the guy.

“I caught him at the apartment over there and we just had a good conversation,” Beckham, who played in the NFL for five seasons between 2002 and 2007, Beckham told WPBF.

His “good conversation” with the guy ended up with Cassidy suffering multiple broken bones in his face, according to WPBF. 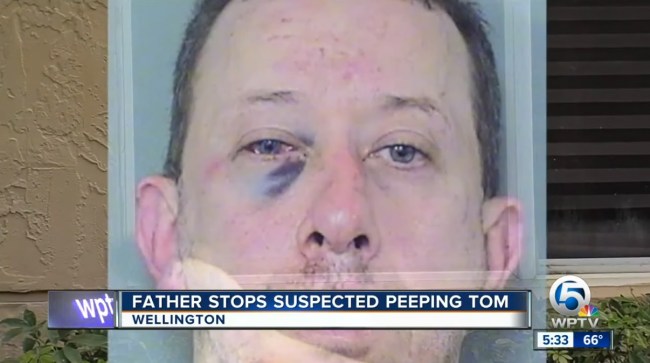 Cassidy is being held in Palm Beach County Jail in lieu of $1,500 bail on a charge of lewd and lascivious behavior.