Three NFL Players To Avoid In Your Daily Fantasy Lineup In Week 1, According To A DFS Expert 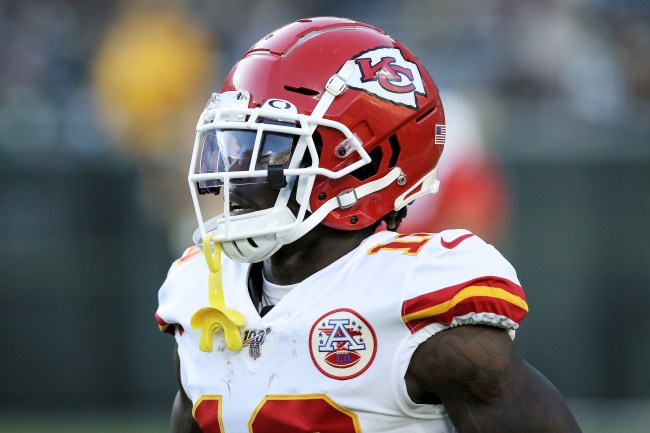 Yesterday, we schooled you on three players that you should be considering starting in your lineups. Today, we are going to look at three players to avoid because of their matchups, or their price.

In a high total game, that could be a shootout, it feels odd to put Todd Gurley here. The Rams were one of the top offenses in the league last year, and should remain in the upper echelon this year. However, as we watched the Rams down the stretch and in the playoffs, Gurley seemingly disappeared, losing lots of carries to CJ Anderson.

It came out eventually, that Gurley has a degenerative knee condition. With this information, a solid backup running back, and the Rams spending a 3rd round pick on another running back, there are a lot of concerns for Gurley’s usage. I’m going to play the waiting game, and wait for the Ram’s and Gurley to show me he can handle a full workload, before I am paying $7900 for him.

Every time Hill takes the field, he has the upside to be the highest scoring wide receiver on the entire slate. The league leader in plays over 20+ yards by wide receivers last year, Hill always makes a fantastic tournament play.

The problem with Hill this week, is he is facing Jalen Ramsey and the Jaguars. Ramsey is widely regarded as one of the top cornerbacks in the league, and it has already come out that he is going to shadow Hill wherever he goes on the field. Last year, in the same matchup, Ramsey held Hill to only four catches for sixty one yards. At $7600, I’m more comfortable spending my salary elsewhere.

Wilson is the fifth highest priced QB on the slate (if you remove Andrew Luck from the pool). In a run first offense, and with Wilson collecting a career low in rushing attempts and rushing yards last season, he just doesn’t provide the upside we are looking for in most games.

As a 9.5 point favorite, Seattle should be grinding down the clock in the second half, so Wilson is going to take the air out of the ball, and feed Chris Carson. Wilson isn’t going to have a bad game, it’s just going to most likely be incredibly mediocre. As the fifth highest priced QB, I’d rather save $500-$1000 dollars and grab someone in a game that is more likely to be high scoring.

So there you have it. Three guys to start your lineups with, and three guys to avoid. Hopefully, with some of this advice, you’ll be headed towards the top of the leaderboard. See you at the top!