NFL Players To Avoid In Your Daily Fantasy Lineup In Week 6, According To A DFS Expert 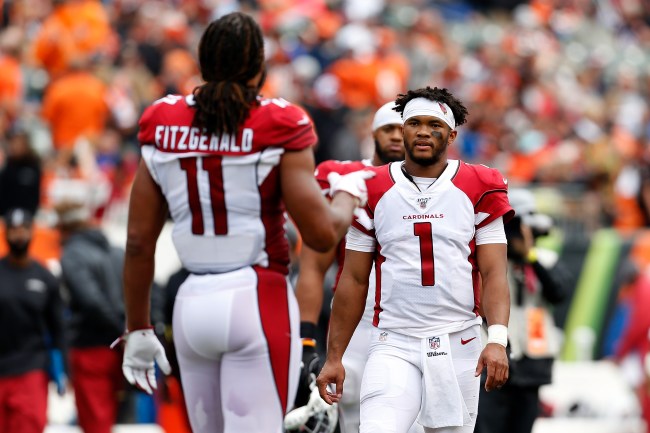 Week 6 Friday fades are here. Let’s have a look at some guys who have the potential to have relatively dud weeks based on a variety of factors.

Kyler Murray QB AZ $6500
Let me get this out of the way, I think Kyler Murray is a good play this week.

With that being said, you can really make a case for using any of the top 8 quarterbacks by salary this week. You can’t play everyone, so you need to start crossing people off the list. I am going to start with Murray, who hasn’t thrown for over 300 yards since week 2, and hasn’t thrown a touchdown in 3/5 of his games. Coupled with being a rookie, and still getting acclimated with the league, he’s the easy fade of the quarterbacks for me this week, as he just hasn’t shown us the upside some of the other guys have, and are all in quality matchups.

Cross him off your list, and grab some of the higher upside guys around him.

Dalvin Cook RB Min $8400
Cook’s been one of the most consistent, and highly used running backs this season.

But this week he gets a matchup against a great Philly rushing defense, who is very exploitable via the pass. In a game where Minnesota could very well be trailing, we aren’t guaranteed a game script where the Vikings are going to be as rush heavy as they have been in past weeks.

I’m looking at playing some Thielen and Diggs, and hoping they take care of business against a weak Philly secondary, and steal the touchdown equity from Cook.

Michael Thomas WR NO $7800
Michael Thomas went bananas last week, when he was severely underpriced at $6600. It was a prime matchup, and he delivered.

So naturally, we want to fade him this week!

His price has increased $1200, and the matchup is way worse. Jaylen Ramsey is expected to return this week for the Jags, and his presence is going to be a massive hinderance for Thomas. Let others chase the points from last weeks game with Thomas, I’m going to focus paying up at Julio Jones and DeAndre Hopkins instead of Thomas this week.

Good luck this week, fade these guys, and you’ll have part of the field beat on your way up the leaderboard!