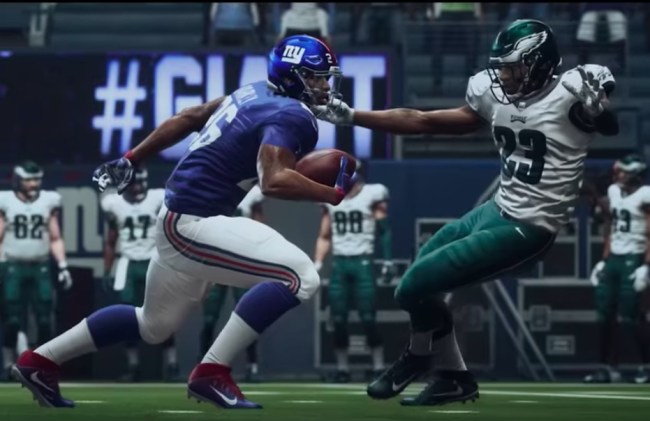 Last week, EA Sports ushered in yet another installment of the Madden franchise by revealing which players had received the highest possible rating in this year’s game, with Aaron Donald, Bobby Wagner, DeAndre Hopkins, and Khalil Mack all being bestowed with the honor of rocking a score of 99.

On Monday, the company released the entire list of ratings for our consumption and confused the hell out of a number of fans who wondered what drugs the people responsible for coming up with the numbers were on when they did so because some people are way too invested in this shit.

With that said, I’d argue there are some people out there who are fairly justified when it comes to airing grievances over these virtual evaluations: NFL players themselves, including Antonio Brown, who put the producers on blast for *gasp* for giving him a lowly 98.

However, he’s not the only one who’s a little pissed off.

According to Awful Announcing, both Keenan Allen and DeMarcus Lawrence are threatening to boycott the new Madden over their scores, with the former taking issue with his 89 evaluation and a number of individual stats.

As you can see by the video he posted while driving (because that’s always a good idea), the Chargers wide receiver isn’t exactly thrilled.

However, the Cowboys defensive end—who also received an 89—took things one step further when he encouraged fans to join him in protesting his score by not buying the game in a tweet he posted in protest.

HOLD UP @EAMaddenNFL you not just going to disrespeck me like that with an 89 and get away with it….PUT. SOME. RESPECK. ON. https://t.co/ndDkGvo7gx.

Man, if these guys were any saltier they’d be at serious risk of suffering the same fate as Lot’s wife (I certainly didn’t expect to make an Old Testament reference when I woke up today but here we are).