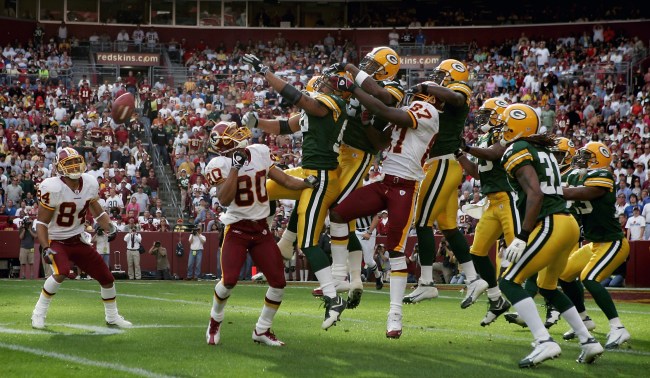 Here we go again. First, no one knew what a catch is in the NFL. Then we were all baffled by what constituted pass interference. And now, just muddle things up even more, the NFL has “simplified” the league’s catch and pass interference rules so much so that, once again, at least when it comes to Hail Mary passes, no one understands them.

This past weekend, NFL Competition Committee Chairman Rich McKay was asked, “So if there is a situation where there is a Hail Mary attempted, it is incomplete, it is called incomplete but, it is obvious that a defensive player completely pushed the offensive player trying to catch the ball, you’re out of luck?”

“Yes, no challenge. No challenge today, didn’t have a challenge last year. You know what I mean? No challenge. Remember, in that play, officiating-wise, the philosophy has been since I have been in the League, it is survival of the fittest,” said McKay. “Everybody jumps. Everybody is shoving, everybody is trying to get the ball, knock it down, or catch it. We tell the officials, make sure you see if anybody gets pulled down or anybody gets dragged down, that is pass interference. Otherwise, it is a different play than any other play we have because there are multiple receivers and multiple defensive players in a common area.”

Survival of the fittest… Not at all vague. And does that mean that NFL officials use a different set of guidelines for calling pass interference on Hail Mary passes than on regular throws? Because that’s news to the league’s players and coaches, according to former Colts and Buccaneers coach Tony Dungy.

“If that’s the case, tell me that as a coach so I can coach it that way,” Dungy said Wednesday morning on PFT Live. “Don’t officiate a certain way but I don’t know it. And to me, I don’t know how you can do that. I don’t know how you can say we’re going to review pass interference in the end zone except on Hail Mary plays. I think that doesn’t make sense at all… If it’s a penalty, it’s in the rule book, you need to enforce it.”

The NFL? Not making sense? Hard to believe.