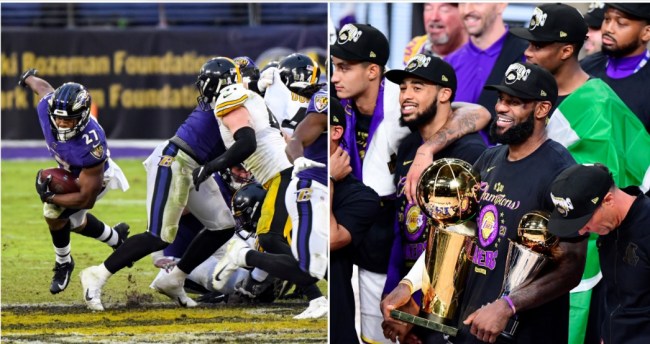 The NFL will forever and always be the ratings kings.

The Baltimore Ravens-Pittsburgh Steelers Week 12 game was postponed several times due to a Covid-19 outbreak within the Ravens team. The game was eventually played on Wednesday at 3:40pm.

Despite the odd timeslot and the depleted Ravens roster the game still pulled in 11.4 million viewers.

The Ravens-Steelers afternoon game was watched by twice as many viewers that tuned in to watch the LA Lakers get crowned as champions during the NBA finals.

It’s crazy how the NFL can consistently put up huge ratings no matter the circumstances.