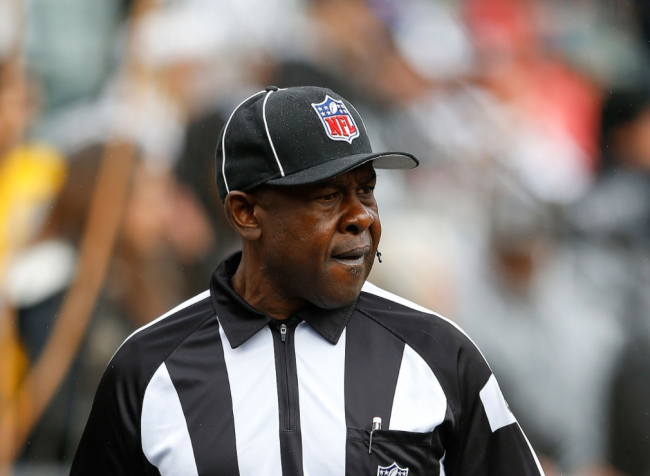 NFL referees admitting mistakes is not normal. In fact, most NFL officials would probably tell you that there’s never been a bad flag thrown throughout the history of the league. So, it’s refreshing when we do hear about refs admitting their mistakes.

Umpire Roy Ellison likely didn’t know that he was admitting a bad call to the entire world when taking to Tampa Bay rookie Joe Tryon, but that’s exactly what happened during the Bucs-Bengals preseason contest.

Tryon was mic’d up for the game as Tampa Bay was putting together a video for the team’s website. He was very questionable flagged for roughing the passer, which then led to this exchange between himself and Ellison.

Ellison: “That was a good play on the roughing the passer.”

Tryon: “I didn’t mean to hit him like that.”

Ellison: “I think we may have screwed that up.”

As we all know, anything close to helmet-to-helmet contact is always going to result in a flag, especially if one of the players involved is a quarterback. Tryon didn’t appear to hit Joe Burrow helmet-to-helmet, however, which credit to Ellison for talking to the rookie about the play and admitting that they may have screwed up on the call.

We’ll see some bad calls throughout the NFL season, specifically when it comes to roughing the passer, but at least some officials seem to be working out the kinks in preseason games that don’t matter.