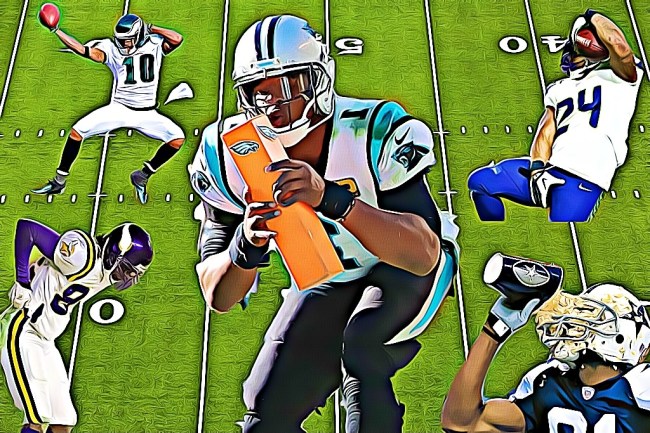 You won’t catch me arguing against any rules that will make the game safer, but the NFL’s over-handed implementation of the taunting penalty is proof Roger Goodell is on a crusade to strip the game naked of entertainment value.

BROKE: Players smoking Marlboros on the sidelines of Super Bowl III.
WOKE: “Your cleat design is a violation of statute 8.28. Repent for you sins with this $25,000 fine.”

The leagues confounding taunting crackdown was put on full display during Sunday’s Panthers-Colts game when Colts undrafted running back Benny LeMay was flagged 15 yards for taunting after dragging a pile of Panthers 14 yards and letting out a well-deserved roar afterwards.

This is an example of the taunting the league doesn't want to see in games. Just happened in the #Panthers–#Colts game.pic.twitter.com/Tu70GjBxwU

The way this is heading, by 2025, the NFL will not only eradicate high-emotion plays from the game, but it will partner with Big Tech to erase any damning digital footage from its past. This is the dystopia they’re marching us into.

For posterity sake, it is my duty to present you with some of the greatest taunts in recent memory. Enjoy.

In the early 2000s, Philip Rivers liked Jay Cutler as much as he enjoys condoms. Their bitter relationship was built on a bed of taunts, sneers, and sarcastic greetings, mostly from 50 yards away. 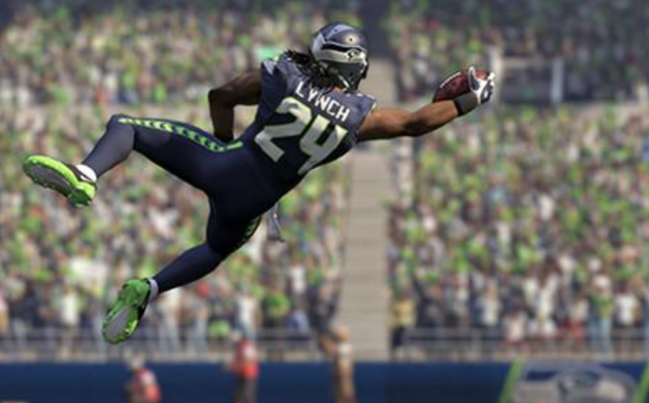 Marshawn Lynch’s iconic go-ahead score in the 2010 Wild Card Playoffs was garnished with the most legendary crotch grab from the helmet era.

Still gives me goosebumps and I couldn’t put to Seattle on a map.

It was so powerful that it legitimately started an Earth Quake and spurred dozens of copy cats over the years. Like Marcus Peters, a full 8 years later.

“Pride cometh before the fall.” 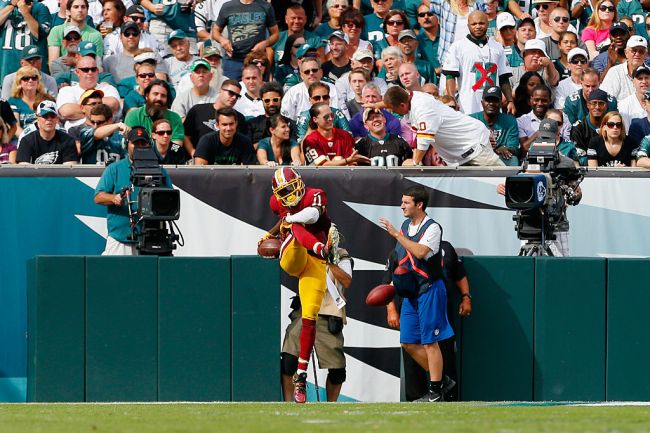 In March 2014, following a 1,300 yard Pro Bowl campaign and the best season of his career, DeSean Jackson was unceremoniously released by the infamous Chip Kelly regime like he was a third-string long snapper.

A motivated Jackson returned to Philly in Week 3 of 2014 to exact his cold revenge, scoring a disgusting 81-yard touchdown pass from quarterback Kirk Cousins, a play that would land his game uniform in Canton for becoming the just third player in NFL history to record an 80-yard touchdown both for and against a team.

He topped the touchdown off by metaphorically kicking a bird in front of 70,000 fans at Lincoln Financial.

(The NFL yet again exercises its iron fist by blocking a YouTube embed of the clip. This is Gilead.)

Random highlight: Ravens @ Eagles 2004, Donovan McNabb hits Terrell Owens for a touchdown and T.O. proceeds to mock Ray Lewis by doing his dance as his celebration. The Eagles will go on to win this game 15-10.#FlyEaglesFly #RavensFlock @raylewis @terrellowens @donovanjmcnabb pic.twitter.com/c8xqF1w8E0

Spin the Terrell Owens Taunt Wheel and you’re destined to land on something sweet, but Owens mocking one of the best middle linebackers of all-time may be my favorite because it proves he took the time to learn the dance. He gave himself touchdown celebration homework and that’s just dedication to the craft.

Bills WR Stevie Johnson did a Plaxico Burress dance after he scored a Touchdown… Plaxico didn't cry about not being protected pic.twitter.com/HzOJTw7lpm

If I learned one thing from Jonah Hill’s character in Superbad it’s that people don’t forget. Three years after former Jets receiver Plaxico Burress inadvertently shot his leg with his own gun at an NYC nightclub in 2008, then Bills receiver Stevie Johnson decided to hash up old memories for Jets fans by mocking not only Burress, but Santonio Holmes in the same celebration.

Stevie Johnson mocking both Plaxico Burress and Santonio Holmes in the same celebration at NYJ in 2011 🤑🤑🤑🤑 G shit pic.twitter.com/smvV93YoRa

Drink these in, boys and girls. These days are gone.