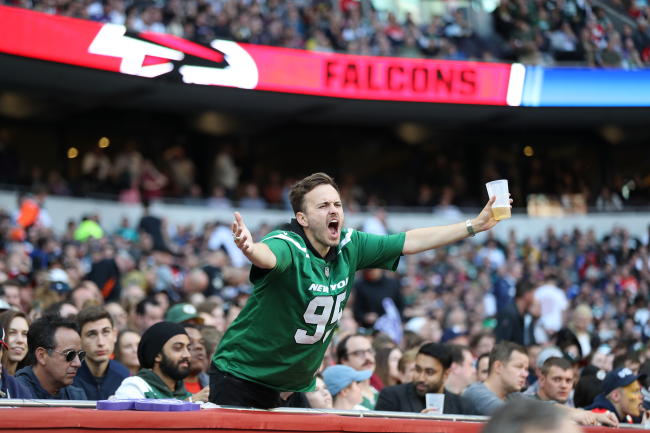 With the NFL season in full swing, there is a lot of movement across the league. Every single down of every single game matters and, as a result, every single call can make a difference.

We certainly saw how much a referee’s decision can affect the outcome of a game during Week 9’s Monday Night Football between the Bears and the Steelers. A taunting penalty and a rogue referee hip check swung the momentum of what became a two-point final result by nearly three points.

As what is considered one of the biggest seasons of all-time unfolds, and penalty flags go for or against a certain team and its fan base, there are complaints that come with the calls. No matter how much a fan says that he or she “doesn’t complain about officiating,” he or she always does.

And for every person who “doesn’t” complain, there are two or three people who complain incessantly. Every single call is incorrect and it’s exhausting.

You know the ones.

That notion only gets worse when you give those same people access to the internet, where they can say anything they want about whatever they want without any ramifications. Those are the people who tweet into the abyss and tag the NFL in tweets that they will never see, complaining about a call they won’t fix.

A new graphic from the sports betting guys over at wetten.com/us used Twitter data over the last month to determine which fan bases complain the most about the referees. The graphic complies tweets, hashtags and direct keyword phrases about NFL officials and the accompanying NFL team that the tweet mentions.

For example, tweets referencing “refs” and “Cowboys” would be used to determine how often Dallas fans complain about the refs.

Here are the results: 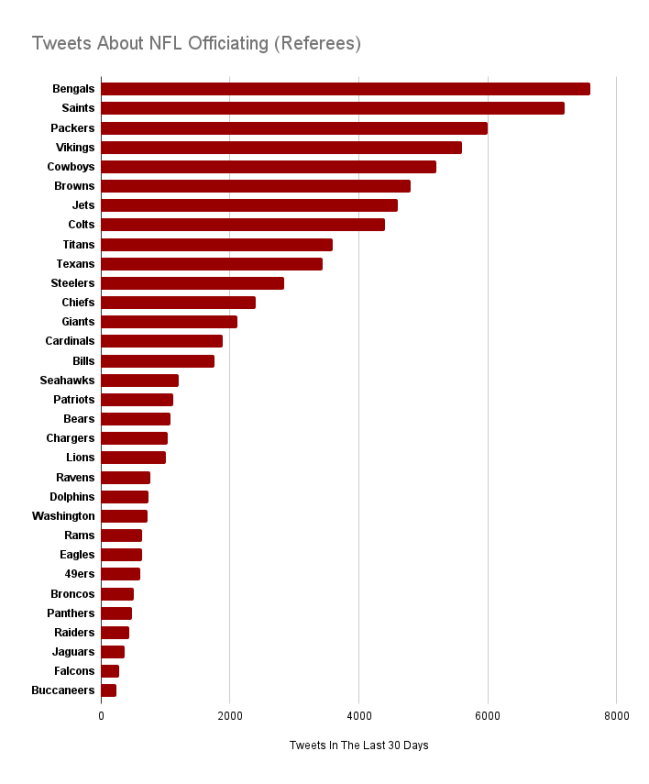 Interestingly enough, four of the top-five fan bases come from the NFC. And to the surprise of no one, the Cowboys, Packers and Saints are near the top.

However, for Bengals fans to have such a commanding lead might be a bit of a shock. Perhaps the fact that the team has been so bad for so long factors into its fan base not knowing how to react? Or maybe they’ve always been a miserable bunch and we just didn’t know?