2019 NFL Rookies React To Their First ‘Madden’ Ratings And, As Is The Case Every Year, They Are Not Happy 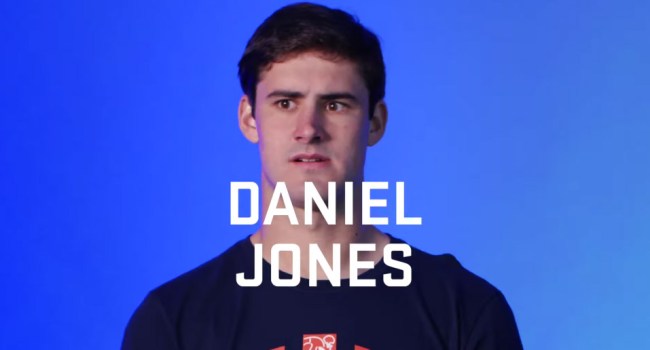 In the annual rite of <summer, some of the top NFL rookies for the upcoming football season were filmed reacting to seeing (and complaining about) their Madden ratings for the first time.

“Oh, this is all type of disrespect,” said David Montgomery when he saw his 71 overall rating.

When Hunter Renfrow saw that he was rated 70 and Kyler Murray was a 73 he asked, “I should have made a little more money, shouldn’t I?”

Benny Snell Jr., however, seemed very satisfied with his rating of 69. “Madden did not do me wrong,” he said with a giant smile. “They did me justice, baby.”

He was followed on the list by Bills defensive tackle Ed Oliver, Jr. (79) and 49ers defensive end Nick Bosa (78). The top-rated offensive skill player is Ravens wide receiver Marquise Brown at 77. Murray was the highest-rated QB at 73 and the Rams’ Darrell Henderson, Jr. is the highest-rated running back at 72.

Check out all of the great rookie reactions below…

The best job in the @NFL is one you might not have ever heard of….

Tune-in on July 21st for the @E60 premiere of Numbers Game #RatingsAdjustor pic.twitter.com/6qFIiigo1m