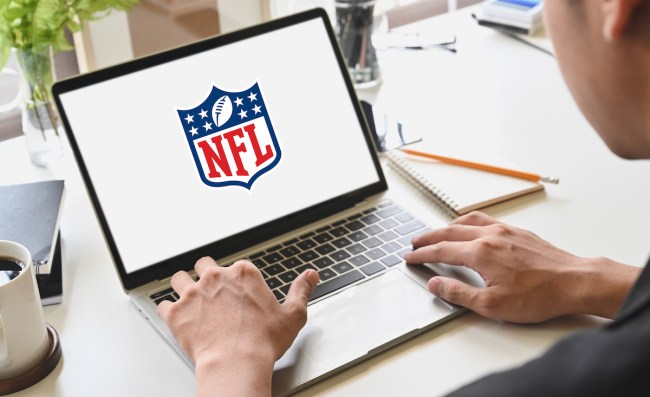 Everyone needs a side hustle.

Back in 2008, Eric Gargiulo discovered a relatively easy side hustle while working several other jobs.

Gargiulo’s full-time job plus his side jobs as a wrestling announcer for ECW (yes, that ECW) and Combat Zone Wrestling and hosting a long-running wrestling radio show didn’t cover all of the bills.

Gargiulo needed to find quick and easy ways to make a buck on the internet with a wedding upcoming and an eventual home purchase not far behind.

“At the time, I was doing what’s called domaining. What people were doing back then was they were buying up domains and reselling them in auctions,” he explained on the Not About Wrestling podcast.

Gargiulo broke into the domaining side hustle early on and learned how to target big companies in hope of making a nice chunk of change.

He told Not About Wrestling…

“There’s a way to do it and a strategy. You can’t just buy, for example, NFL.com and try and hold the NFL hostage and try to sell it to them.

You’ll get taken to court and they’ll sue you. But, you can buy these domains and create non-profitable websites, and if it’s something that a company wants they have to make you an offer.”

During Gargiulo’s domaining days, there was a strong possibility of a looming NFL strike. The former wrestling announcer and talk radio host brainstormed some ideas for possible websites to cash in on the possibility of a labor strike in the NFL.

Gargiulo began searching possible domain and URL names and landed on NFLLockout.com. He planned to build the website as a free blog with zero ads or monetization and blog news about the impending strike.

Gargiulo’s hope was the NFL would catch wind of the website and make him an offer. He also listed the domain on websites that specialize in buying and selling domains.

Within a couple of days, Gargiulo received an anonymous bid of $500 for the domain.

“I’m thinking to myself, ‘who would want this website for $500 besides the NFL?’” Gargiulo laughed.

Assuming the NFL was the anonymous party, Gargiulo turned down the $500 offer and made a counteroffer, and put in the maximum amount the domain flipping website would allow – $25,000.

Gargiulo explained that $500 was a ton of money for him at that point in his life, considering his regular full-time job paid about $10 an hour and said that he was “gambling on himself” in this scenario and hoping he’d get a little more money out of the interested party.

Eight hours later, Gargiulo got word that the interested party accepted the full-price offer of $25,000.

He presumed that the National Football League was the winning bidder and never considered that another entity would have just as much interested in the website.

Gargiulo could tell from the transaction records the NFL wasn’t behind the domain purchase. The new owner of NFLLockout.com was the National Football League Players Association (NFLPA).

Gargiulo admits that buying the domain ended up being “a more savvy move” than he even realized because he had not one – but two – parties interested in the domain. The NFL and NFLPA wouldn’t bother taking him to court over the domain. Both would try to buy it before the other got the chance.

Gargiulo used the money to pay for his wedding and put a down payment on his house. Not bad for a $30 investment in building a small website.

He even attempted to turn the situation into a job with the NFL, explaining that “someone with the vision to create the website and sell it for $25K” would be an asset to the company.

In the video below, Gargiulo explains how another blogger’s loose lips sunk that ship.

The most ironic part of the story – the NFL and NFLPA came to terms and avoided a lockout.

Most likely, the NFLPA still owns the domain name should there be an issue in the future.

Check out the rest of the interview here.

[via Not About Wrestling]