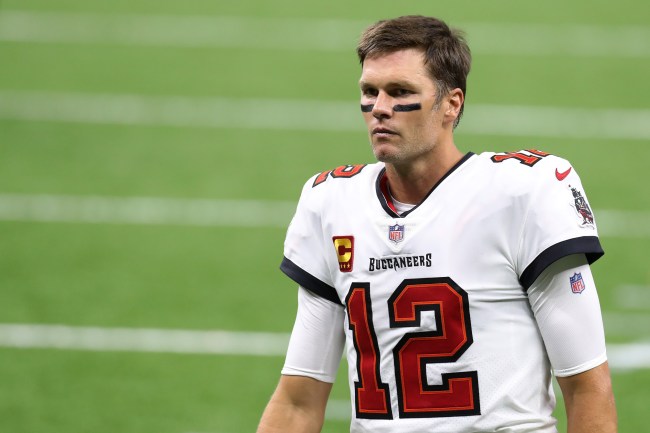 And that’s why data is beautiful. It has a way of underscoring the subtleties, providing a read-between-the-headline glimpse of what’s really going on with cold, hard numbers.

For example, the NFL’s Week 1 Ratings.

Last Thursday’s NFL Kickoffs between the Super Bowl champion Chiefs and the Texans marked a 16.1% drop in viewership compared to 2019. The primetime NBC game scored a 5.2 among adults aged 18-49 with 16.4 million viewers tuning in between 8-11 p.m. ET, while last season’s opener between the Bears and Packers ended up with a viewership of 22 million.

But wait… The NFL Game Of The Week was… Great?!

Tom Brady’s debut with the Buccaneers was a ratings success for FOX Sports. According to the network, they received an overnight rating of 16.2 for its Week 1 game between the New Orleans Saints and Tampa Bay Buccaneers – That’s almost as many people as the Thursday night opener and marks a four-year high for the very first NFL Game of the Week.

In laymen terms: More people watched the 4PM game on Fox this year – despite all the rhetoric and noise about boycotts – than last year, creating a net positive rating success.

Particularly important for the viewership is the Tom Brady storyline, which drove hordes of viewership in both the Tampa and Boston DMA:

The star-studded showdown between Brady's @Buccaneers and Brees' @Saints led America's Game of the Week to a strong start. 🦾 pic.twitter.com/q6NM6youjN

Fox says the @saints win over the @bucs drew a 16.2 overnight rating.

That is a four-year high for a FOX NFL Week 1 game.

The national (final) number comes out Tuesday including viewership info prior to the out-of-home viewership.

One conclusion: The NFL isn't dead.

Tom Brady’s debut as a Buccaneer earned a 28.3 rating in Tampa, a +33% gain over last season’s Bucs opener locally.

Boston was a key factor in yesterday’s FOX NFL ratings increase. They did a 29.2 rating for the Pats on CBS, then flipped over and did a 22.1 for TB12 on FOX. That’s a huge number for a non-local game.

But what about Sunday Night Football?

The Los Angeles Rams debuted their fancy new $5 billion home in Inglewood against America’s Team, beating the Cowboys 20-17 in the home opener.

According to Deadline, ratings for Rams-Cowboys slid compared to previous years. It scored a 4.7 in early ratings among adults 18-49, driving an estimated 14.81 million viewers. That said, this data is missing West Coast numbers, which is probably pretty meaningful considering the pull for an LA team. via Deadline:

In numbers certain to change, that’s a fall of 28% in the demo and a hard decline of 23% in sets of eyeballs from the early numbers of the the September 8, 2019 SNF season debut. While the early Nielsen data lacks West Coast numbers — kind of important when you have a team from the Los Angeles market in the mix — his result is going to be hard pill for the NFL and NBC to swallow.

To add further context, last year’s opener, a 33-3 pummeling of the Pittsburgh Steelers by then reigning Super Bowl champs the New England Patriots, went on to pull in an audience of 22.2 million on NBC, which was pretty much even with SNF’s 2018 season premiere. That 2019 figure inched up to 22.7 million when digital platform viewing was added in.

At this point, last night’s SNF is down nearly 10% in both the key demo and in viewers from the early results of the the Kansas City Chiefs’ win over the Houston Texans in the league’s season opener Thursday night.

So what’s going on?

The NFL backlash will be a narrative all season long. It’s not going away; tempers are hot and election year rhetoric is in full swing until the first week in November.

Clearly the NFL isn’t in any major trouble, despite sky-is-falling rhetoric from a doom-and-gloom crowd. NBC probably isn’t too happy about the rocky start for their expensive primetime franchises. FOX, meanwhile, is presumably ecstatic – People tuned in for Tom Brady in Tampa Bay orange; they were “meh” on the storylines going into Sunday night, including the shiny new Los Angeles Rams stadium, because there are probably more important things to care about than stadium showpieces right now.

Jerry Jones hand, however. That was must-see TV.

The X-factor at the time of this writing: ESPN’s Monday Night Football. Steelers vs. Giants draws from two huge viewership regions, with national implications.

If it’s a slump, conclusions about the success of the boycott will be trumpeted. If it’s a net-positive compared to last year, there will be a whole lot of “I told you so.”

But what about NFL merch?

According to Fanatics CEO / founder Michael Rubin, NFL team apparel and merch is BOOMING compared to other years.

That revenue directly lines NFL teams’ pockets. So I doubt any of the billionaires who own NFL teams are losing sleep over ratings losses or boycotts when they’re making all kinds of money on their team licensing.

The NFL masks on Fanatics.com are a nice touch.

Fanatics with record NFL merchandise sales for week 1 of the NFL season.

The sports apparel & merchandise company raised $350M in August and is now valued at over $6 billion. https://t.co/dfl3eiQ5wB

Depending on their audience, many media outlets are running with “NFL RATINGS ARE BAD!” or “NFL RATINGS ARE GREAT!” headlines. The reality is that, like everything in life, they’re complicated and don’t really reflect the nuance of what all this means nor the business reality for the NFL and its franchises, which seem to be doing just fine, even without tailgates and fans in the stands.

A couple more notes in conclusion:

-Ratings in the Bay Area for the 49ers boomed.

-Las Vegas was lukewarm for its very first opener as the Las Vegas Raiders.

-It will be fun to watch the Buccaneers ratings as the Tom Brady franchise drama continues to unfold.

In tonight's #SBJMedia, @Ourand_SBJ gives his top takeaways from overnight numbers from the #NFL's return, including: