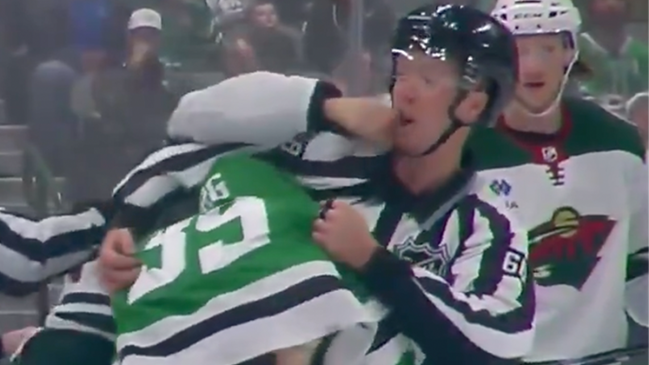 Every professional athlete is tasked with adhering to a strict and comprehensive set of rules that vary from sport to sport, but there is one universal no-no that will almost always end with a player getting sent to the locker room at lightspeed: making contact with an official.

Virtually anyone who’s played an organized sport has gotten mad at a referee or umpire over a questionable call, but there’s no amount of frustration that justifies getting physical with the people tasked with keeping order on the field, court, or rink.

However, that hasn’t stopped some people from making the incredibly ill-advised decision to do exactly that, including the junior hockey player who was handed a lifetime ban earlier this year after clocking a ref who sent him to the penalty box.

Safe to say, I don’t think he liked what the ref said to him 🤷‍♂️ pic.twitter.com/zJUe61SMUT

The nature of hockey means officials routinely find themselves in the vicinity of people throwing haymakers at each other in an attempt to settle various scores, and there have been a few incidents where the guys in stripes have inadvertently ended up being used as a punching bag—including the poor soul who found himself at the receiving end of a punch thrown by Michal Rozsival during a game between the Avalanche and the Blackhawks in 2014.

Now, one of his fellow peacemakers has joined that fairly unenviable club thanks to what unfolded when the WIld and the Stars faced off in a preseason tilt on Thursday night.

The incident in question unfolded when Dallas prospect Jerad Rosburg took exception to a hit Brandon Baddock delivered to Roope Hintz around eight minutes into the first period, which led to the two men dropping the hits and exchanging some pugilistic pleasantries.

Linesman CJ Murray eventually tried to break up the fight and stepped in just in time to take a right hand from Baddock to the jaw (which thankfully didn’t seem to inflict any actual damage).

One of Brandon Baddock’s punches got the ref right in the face, ouch! #mnwild pic.twitter.com/tmFYgIX7ae

Hintz was forced to head down the tunnel after entering concussion protocol following the initial hit but was able to return for the second period.

Baddock didn’t receive any official discipline for inadvertently punching Murray, but he was handed a five-minute major for interference (and received a tongue lashing from Stars coach Pete DeBoer for the “dirty play” hat sparked the fracas) in addition to a game misconduct that sent him to the locker room for the remainder of the contest.