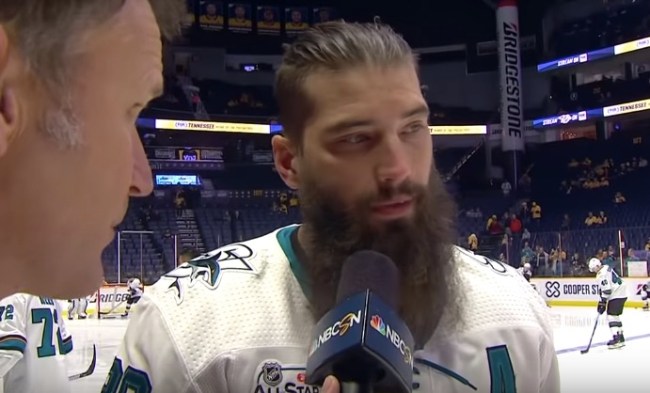 There are a few certainties in life: death, taxes, NFL players thanking God at the NFL draft, and hockey players repeating the same 5 or 6 phrases anytime a camera is shoved in their faces.

I watch a lot of hockey. My Tampa Bay Lightning is the #1 team in the NHL right now and that’s the best thing going on my sports life at the moment. Before and after each period the local Fox Sports TV crew will find a player to ask about the team’s performance on the ice and what they need to do in order to win. No matter who they pick to speak on camera the responses are always the same.

These are just a few of the common clichés you’ll hear from hockey players, and SPORTSNET put together this quick compilation showing how all hockey players sound the EXACT same when giving interviews.

Part of me thinks the league is coaching these players into saying these things. Not in formal training sessions, but I think over time these things have gotten passed down by players watching other players who listened to their managers and before anyone knew what had happened, hockey players were only capable of saying like five things on camera before walking away.

As always, you can follow me on Twitter at @casspa if you’re looking for some very mediocre tweets about the Tampa Bay Lightning. I’ll be at the game tomorrow night against the Boston Bruins so you can follow along with me as Tampa continues their string of domination.