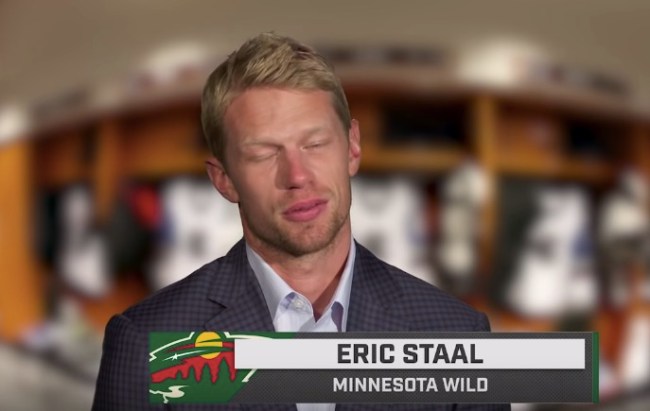 About a month ago, the NHL released a video that outed the NHL’s top stars as always providing the same stock answers during interviews. When stopped by the camera before, during, and after games they always say the same handful of things on repeat.

It’s like they were handed a book full of bullshit in the minor leagues and asked to memorize it before they suit up in the NHL for the first time.

They all sound EXACTLY the same. It’s almost as if there’s been some grand conspiracy this entire time where the players know they’re spewing bullshit and all just go about their business and act like nothing’s weird. In fact, that’s exactly what’s been happening.

In a follow-up video the clip where the NHL called out players for all giving the exact same responses in interviews, the NHL has released a second clip where these players come clean on their bullshit. Here, they admit to giving cliché answers to the media.

I’m glad they’ve finally admitted that they are all completely full of shit and take zero time whatsoever to listen to the questions reporters are asking. Maybe now, reporters can think harder about the questions and press these players for more interesting answers and call out that time they appeared in a video for the NHL admitting their bullshit when they start drowning out on stock responses.

In case you missed that first video of the players all being caught giving the same responses, league-wide, over and over and over, you can check it out here:

I’ve watched this video several times and I still feel like there’s a bigger conspiracy going on here. I want to see the binder full of answers that every player’s given when he gets drafted. I know it exists.