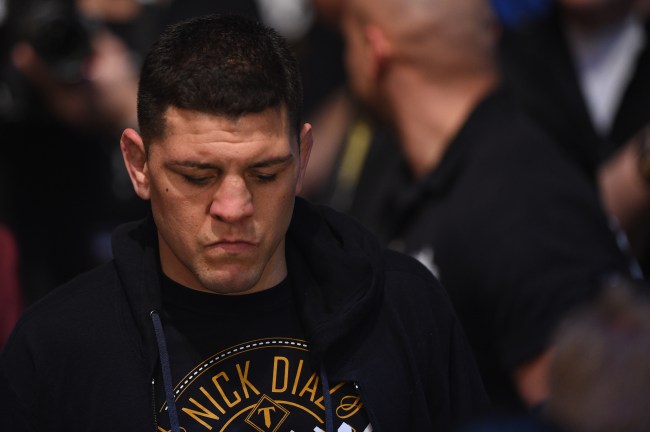 According to ESPN, Diaz wants to return to the UFC in 2020 to take on Masvidal for the “BMF” title he won against his brother at UFC 244.

Diaz and his manager told ESPN he is finally open to returning to the UFC Octagon. And he has set his sights on Jorge Masvidal, the man who just beat Diaz’s younger brother, Nate.

According to Diaz’s manager, Kevin Mubenga, they are targeting a return to fighting in the spring. Mubenga said a Masvidal fight at the Dallas Cowboys’ home, AT&T Stadium in Arlington, Texas, is their ideal choice.

Nick would go on to appear on Ariel Helwani’s MMA show to blast Masvidal for being disrespectful to his younger brother.

"I never had nothing disrespectful to say, but you don't talk about baptizing my younger brother."@nickdiaz209 took offense to some of Jorge Masvidal's words about his brother Nate (via @arielhelwani) pic.twitter.com/QnibkWHehi

Diaz told Helwani that he holds the rightful claim to the “BMF’ belt.

"The BMF… that's my belt. You just fought my baby brother."@nickdiaz209 feels the BMF belt was his all along (via @arielhelwani) pic.twitter.com/7f1wZTyRQO

“The BMF, the 170, that’s my belt,” Diaz said “But I’m not going to get in my brothers way of taking it. As far as I’m concerned that’s my belt. … This ain’t up to no UFC. We’ve seen that in the past already. I don’t need to do anything more than what I’ve already done here. I don’t know what to tell you people. All I know if I’ve got a whole lot of people who feel the same way.”

UFC president Dana White has yet to respond to the possibility of Nick Diaz taking on Masvidal.