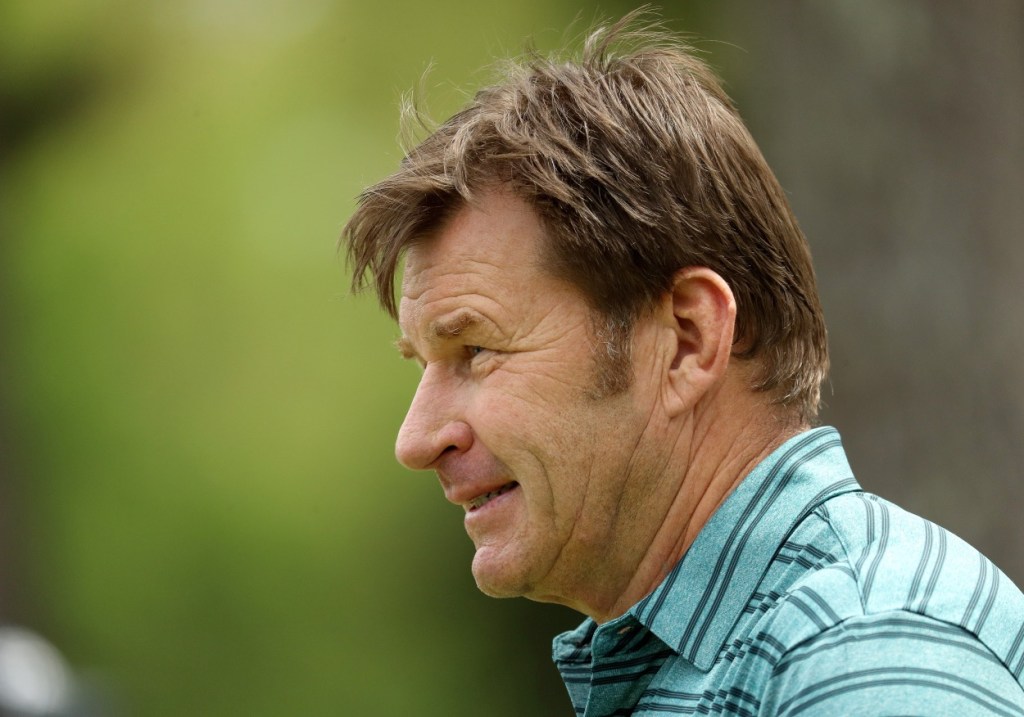 One of the most exciting moments of the 2022 Masters tournament came on the 18th hole in the Final Round. Rory McIlroy and Collin Morikawa had both hit their second shots into bunkers after phenomenal rounds. What happened next was incredible but it was partly spoiled by a “rookie mistake” from CBS announcer Nick Faldo.

Combined, Rory and Collin were -11 on the day while the rest of the field was +39. Rory actually hit his drive into a bunker and then this second shot into another bunker. So it seemed like they were battling to save par on 18 when something miraculous happened. They both chipped in for birdies.

Normally, the TV announcer just lets the moment occur without spoiling it at all for viewers at home but Nick Faldo hit Masters viewers with “I don’t want to spoil it but something incredible has happened” followed by “we just saw what Rory did, this is impossible” and the shot goes in. Everyone knew what was about to happen. You can see Rory’s shot below.

After that “rookie mistake” on the broadcast, 3-time Masters champion Nick Faldo went on The Dan Patrick Show to explain himself and apologize to golf fans. Check out his apology below and let me know what you think of his explanation.

The incredible shot from Rory:

WHAT A FINISH FOR RORY. pic.twitter.com/eJWoa39iik

Hitting viewers with a ‘spoiler alert’ was something that I’ve never seen on a golf broadcast before. It was a blatant admission that something incredible was about to happen and while it’s not as if it’s a fireable offense it really is the one thing you should never do as a golf announcer. Don’t spoil the action for the viewers. Call it as it happens, that’s the role.

Rory and Collin were on FIRE

Rory McIlroy and Collin Morikawa absolutely dominated Augusta National on Sunday compared to the rest of the field. These are some of the best numbers I can ever remember from Sunday at The Masters and Collin’s finish was good enough to move him into the #2 spot in the world.