Nick Faldo Explains Why He Roasted Rickie Fowler On Twitter 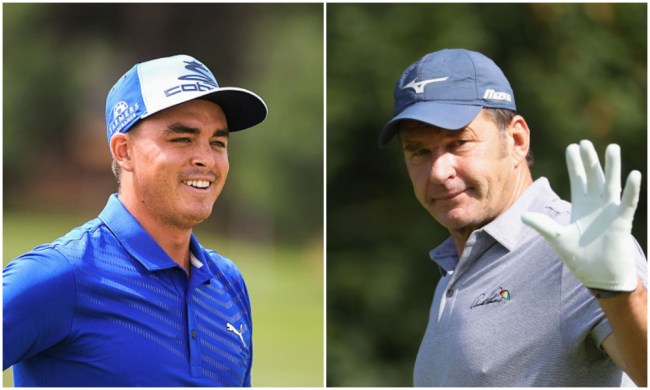 Rickie Fowler is without a doubt one of the most popular golfers on the planet. He’s got the look, the swing, and is always great with both the media and the fans. He’s just an extremely likable guy, hence why he’s in every other golf commercial you see on TV these days.

Given his ginormous fanbase, the casual golf fan may assume he’s in contention more often than not and has an impressive number of wins under his belt, but that isn’t exactly the case. Fowler has five PGA Tour wins, which is five more than myself and millions of others have under their belt, but he’s not exactly in that uber-elite class of PGA Tour players.

Fowler, who will turn 33 this year, has managed just two Top 10 finishes over his last 26 starts on Tour, which includes 10 missed cuts, and has dropped all the way to No. 65 in the Official World Golf Ranking. He was No. 10 in the world in May of 2019, a couple of months after his last win which came at the Waste Management Phoenix Open.

Given his lack of a win since 2019, his drop in the OWGR, and shaky finishes in major championships last season, he’s on the brink of not qualifying for the Masters in April for the first time since 2010. Nick Faldo, the owner of three green jackets, decided to poke the bear a bit on Twitter saying that Fowler missing Augusta wouldn’t be the worst thing because he’d be able to film a few more commercials that week.

Good news is if he misses the Masters he can shoot another six commercials that week! 😳 https://t.co/kgGcmaZUJO

Some people were angry at Faldo for taking a shot at Fowler, while some just laughed it off.

Faldo jumped on Twitter on Thursday and shared a video explaining why he fired that tweet off about Fowler saying that Brits only roast people they like and that the two go way back. Faldo was simply trying to offer a bit of motivation for Fowler, who he said gave him the green light to do so not too long ago.