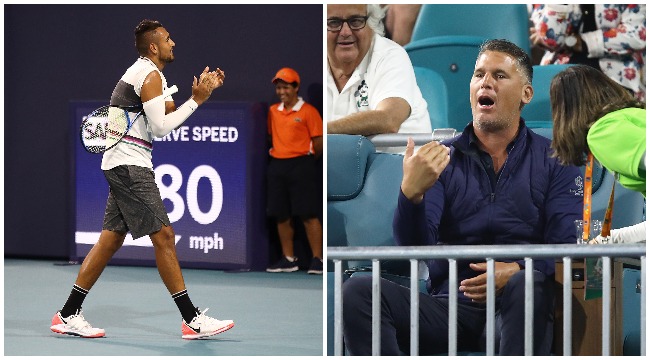 Nick Kyrgios has earned himself the title of Tennis Bad Boy over years of disrupting and agitating. Like that time a hot mic caught the Australian telling former World #5 Stan Wawrinka that another player banged his girlfriend. Or that time he was fined $17,500 after television cameras caught his jerking off a water bottle at the Queen’s Club Championship semi-final last year.

Welp, the 23-year-old current world number 33 has evolved his antics to include members of the audience.

During third-round win against Dusan Lajovic at the Miami Open, Kyrgios engaged in a trash-talking battle with a spectator who was poking at his the entire match.

“It’s Sunday night and you’re still out here watching me. What are you doing?” Kyrgios added.

The man became noticeably unhinged and the female companion he was with appeared to want no part of him.

Also, she’s looking at Kyrgios like an absolute snack. 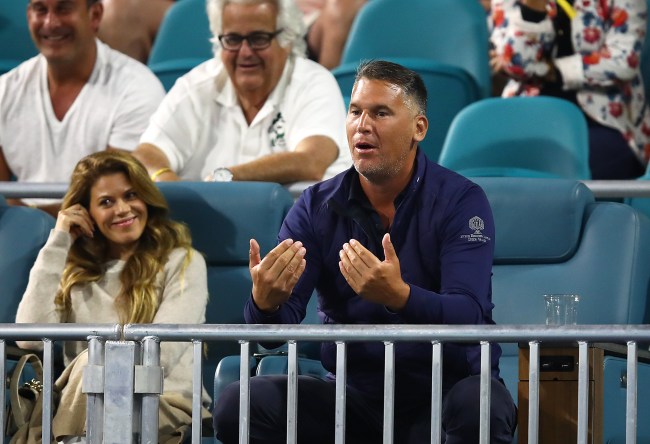 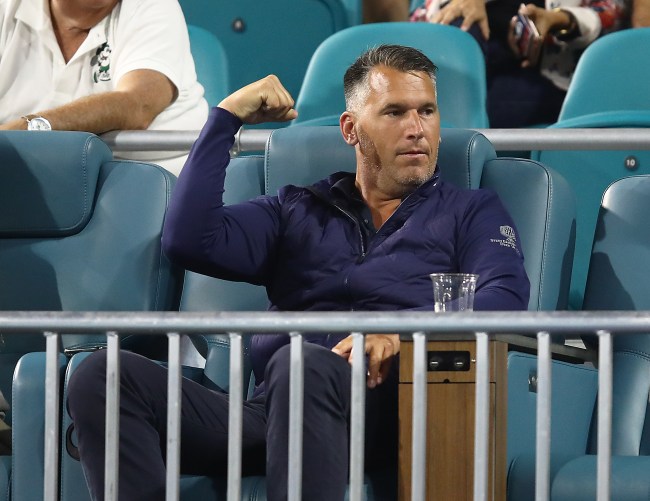 Kyrgios then hit the middle-aged man with this zinger: “Bro, where’s your fam?”

An umpire tried to settle down the bickering for three whole points, but it ended with the spectator flipping the tennis star the double birds before being escorted out by security. As for the girl he was sitting next to, she didn’t leave with him.

After the match, Kyrgios revealed the genesis of the beef.

“At a change of ends he literally just said, ‘You’re a d–k’,” Kyrgios said, before explaining he copped the same insult a second time, forcing him to respond. “Then he was like, ‘Come here and say it’.

“He said I had a s–tty haircut. And you know what? I haven’t been to a barber shop in a couple of days, so he was pretty right.”

“Idiots like that in the crowd who have nothing better to do on a Sunday night than watch me play are talking to me as if they’re not interested in watching when they’ve literally got nothing else to do but sit there and watch me,” he told reporters. “I had a bit of fun with it. I knew that I was going to get him kicked out. I loved it, I loved every single bit of it. I think the crowd loved it.

“You’ve got guys like that I just don’t understand. When I go to a sporting event, an NBA event, I just sit there and admire the athletes and support them and watch them because I genuinely like being at an event. I don’t understand the talking. He’s probably stuck in traffic still. There’s probably traffic at his house, it’s probably rush hour.”

Chalk this one up to another win for Kyrgios.

P.S. Throwing I legitimately laughed out loud when Kyrgios threw the dude a ball. Gifting him a souvenir is the most debasing thing he could have done. Pure brilliance. 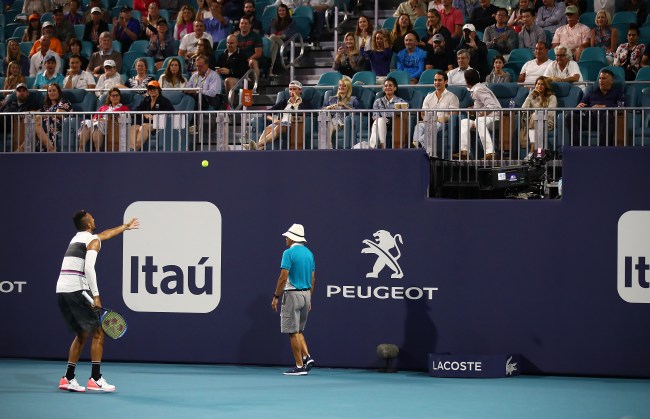