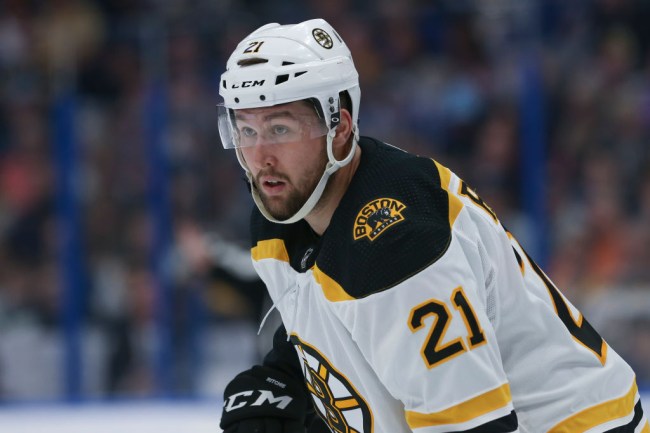 I wouldn’t be surprised if the real reason Halloween is as big as it is has something to do with dentists funneling money into a massive fund that was used to popularize it, as you can only assume the massive amount of candy that’s consumed results in more than a few people developing cavities and subsequently gives them some business.

Even if that’s not the case, I’m sure dentists aren’t complaining about the holiday, but if I had to pick one activity they’re probably happier exists more than anything else, I’d have to go with ice hockey.

If you’re a professional hockey player who still possesses a full set of teeth, you’re in the minority amongst your peers. Take Duncan Keith of the Chicago Blackhawks for example. That guy lost seven teeth in the middle of a Western Conference Finals game in 2010 and only missed a few shifts before he was back out there, bloody gauze and all.

Plenty of guys have lost teeth on the ice in the decade since Keith parted ways with a bunch of his pearly whites, but sadly, most of them seem to view their chompers as a more expendable asset than most members of the general public. However, that’s not the case with Bruins forward Nick Ritchie, who is the rare player to give these fallen soldiers the respect they deserve.

During the round-robin game between Boston and Tampa Bay in the Toronto bubble on Wednesday, Ritchie was introduced to the fist of the Lightning’s Ryan McDonagh in a scrap after the whistle, which resulted in his tooth going M.I.A. somewhere on the ice.

After failing to immediately recover it, Ritchie left the locker room alongside Jaroslav Halak for a search and rescue mission in between periods and they managed to recover it just before the Zamboni made its rounds and swept it away forever. Ritchie could be seen on the bench later in the game with his tooth back in place, so you have to assume it was a fake tooth he already had when you consider he just popped it back in like nothing.

There are plenty of reasons to love hockey and the fact that it’s the only major sport in the world where guys are constantly losing teeth and no one bats an eye is probably near the top of my list.