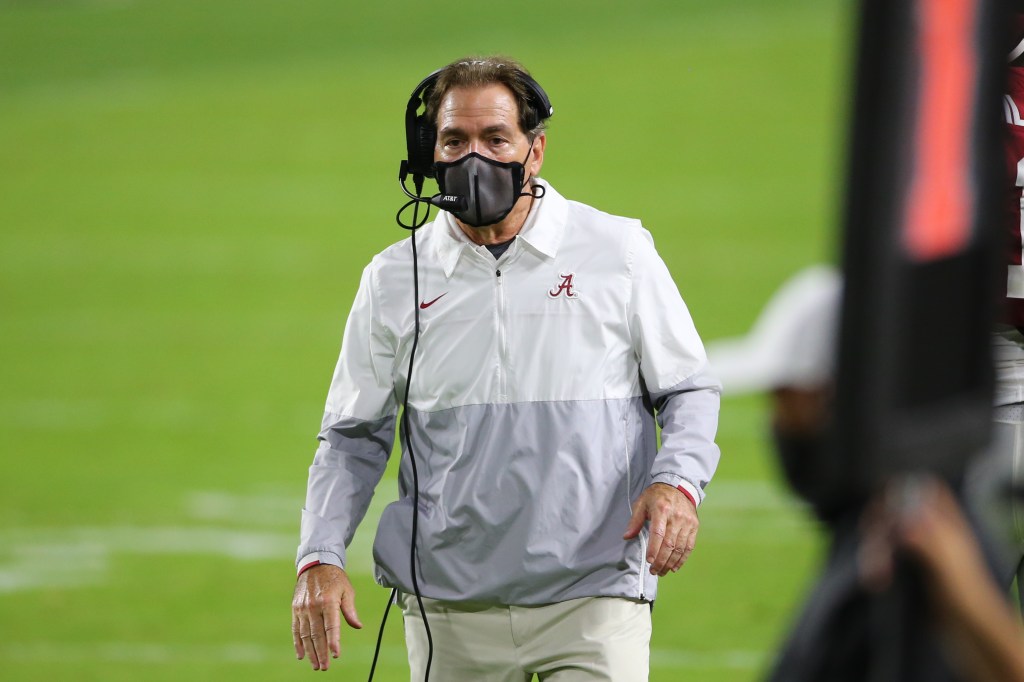 By the time he hangs up his headset and puts himself out to pasture, Nick Saban will likely go down as the greatest college football coach in history. As an FSU alum who grew up watching Bobby Bowden go anywhere and beat anyone, this pains me to admit. But Nick Saban really is going to be the G.O.A.T. when it’s all said and done.

From the instant that Nick Saban joined Alabama, he’s been a recruiting juggernaut. He pulled in the nation’s #1 ranked recruiting class in 8 of his first 14 years with the Crimson Tide and that included a 7-year streak up until 2018. He rebounded with the #1 class in 2019 and dropped to #2 in 2020.

Now, thanks to a leaked video it appears as if we finally have a glimpse into how the gumbo gets made. A recruit appears to have recorded Nick Saban’s recruiting pitch (on Zoom) using his cellphone and leaked it to YouTuber Peavy Dawg. Some former Alabama Football players are pissed about this. Many of them sounding off on Twitter.

Saban’s clearly a master at telling recruits how other coaches will tell them going to Alabama is a bad idea because they won’t get playing time. He has a masterful pitch to deflect that. Saying it’s ‘insulting’ and that he wouldn’t be sitting there as the coach pitching them if that recruit couldn’t come to play for Alabama. He says that any coach that’s basically saying ‘you can play here before Alabama’ is just saying ‘our team isn’t as good as Alabama’ in a really roundabout way. Here’s the pitch with reactions below:

Cam Robinson, Jared Mayden, Dallas Warmack, Henry Ruggs III, and others chimed in on Twitter calling this a new era of Twitter where recruits are going for clout and suggesting this never should’ve been recorded.

Why was this even being recorded? https://t.co/lLYlkuE1by

Sad truth! They not cool at all!

That's all it's about https://t.co/Ri8sGdAsN5

I have to think there’s a close-to-zero percent chance this recruit now receives an offer from Alabama or if they did receive the recruit it seems likely it will be rescinded. At the same time, I can’t imagine that a recruit would’ve ever planned on going to Alabama and still leaked this because they must’ve known it would’ve come back on them. I’d look to top recruits at Alabama rivals as potential culprits on who leaked it.