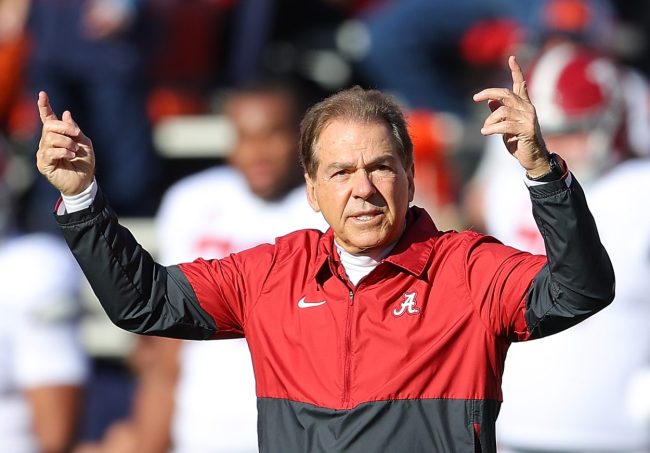 When the NCAA introduced its interim rules on Name, Image and Likeness back in July, it changed the landscape of college sports. In particular, it changed everything about how college football operates.

In the past, schools had to offer recruits money under the table. It was not legal to pay recruits in turn for their commitments, so the bagmen worked tirelessly behind the scenes to make sure that they didn’t get caught doing exactly that.

Take the allegations against the University of Tennessee for example. The Vols were reportedly giving recruits a McDonald’s bags full of cash when they visited campus.

That behavior, of which was conducted similarly around the country, is no longer. It can all be done above the table, kind of.

With NIL, programs can legally leverage finances to recruits. A team can approach a recruit and make him aware of a deal for his Name, Image, Likeness that could be paid out upon his enrollment at that school.

All of the deals are signed after a recruit enrolls, and the money comes from boosters, not from the school itself. Either way, it’s a legal way for college football programs to recruit with money.

Nick Saban, however, has a warning.

The Alabama head coach made it very clear that NIL is a good thing, but is concerned about how it is being used as a recruiting tool.

In a lot of ways, as Lane Kiffin and others have said, college football is becoming free agency. Saban says that regulation is necessary.

However, the way that he said it sounds more like a threat than a warning.

More from Saban on NIL: "We need some kind of national legislation to control that. There will be an imbalance as to who dominates college football if it isn’t regulated."

Saban very indirectly implied that if legislation does not control NIL and how it is being used in recruiting, he and his program are about to clean up. If the rules aren’t changed, and what is happening now continues to be legal, Saban is going to take full advantage— as he should.