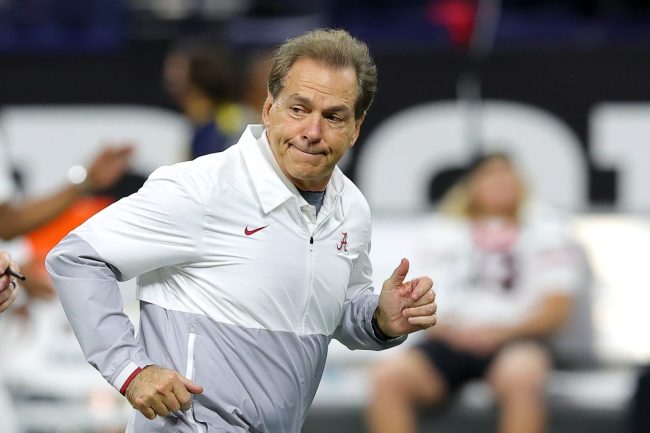 Nick Saban literally could not be bothered to hold his own paper prior to the College Football Playoff National Championship game. The 70-year-old head coach has been there so many times that he can only focus on one thing— winning.

As Alabama took the field ahead of its sixth National Championship in seven years, Saban led his team onto the field. Both of his hands were empty.

To his right, a taller, younger man walked alongside him. In his left hand, he held a stack of paper. It appeared to be two or three sheets of printer paper, no less, and not too much more.

Whoever this man was, he had only one job— to hold Saban’s paper. It is unclear as to what the papers were, but they were Saban’s.

During the clip of the team walking out of the tunnel, the assigned paper holder held it out in front of the head coach. Saban looked to his right, down at the sheets of paper that were being held, looked back up in front of him and kept walking.

There are a lot of questions that come from this clip:

There are so many answers we NEED to know.