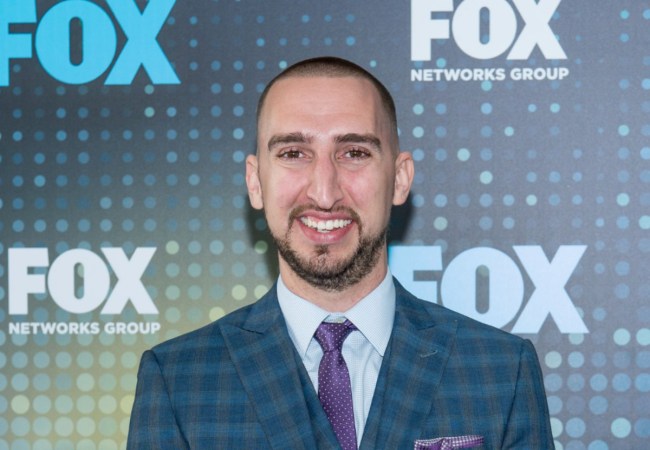 In today’s media landscape, some of the biggest names in the game have gotten to where they are thanks to their ability to unleash bold, opinionated hot takes. Social media is filled with bold claims every single day, but it’s not filled with people walking back their opinions and admitting when they’re wrong.

While witnessing his beloved Dallas Mavericks go down 0-3 in their series against the Golden State Warriors on Sunday, Wright was inevitably being reminded in his Twitter mentions about his slanderous take on Andrew Wiggins from a couple of years ago.

Wiggins scored 27 points in the Warriors’ 109-100 win while also putting Luka Doncic on a poster. That made Wright’s take from 2020 saying “Wiggins is a bad basketball player” look bad, very bad.

Here’s the clip of Wright torching Wiggins and the Warriors after Golden State traded for him:

"Andrew Wiggins is a bad basketball player. He's owed $95M over the next 3 years, starting next year. It's unspeakable the Warriors did this. … It's over for them now. We will never see Steph in another NBA Finals again. Ever." — @getnickwrightpic.twitter.com/zTv0yR33Aq<

Wright could have easily ignored the fact that his old tweet was resurfacing on Twitter. He could have decided to sulk like a sour fan and completely ignore the hate he was receiving, but instead, he called himself out admitting his mistake.

He went as far as to say that his Wiggins take was the “most regrettable television take” he’s ever made.

Andrew Wiggins putting the Dubs a game away from the Finals by playing the game of his life officially makes this my most regrettable television take.

Everything about this clip has aged the opposite of well! https://t.co/rH1baTwhPJ

Wright will inevitably say something questionable in the days to come and throughout the rest of his career, it’s what he’s paid to do, but today we have to tip our collective caps in his direction.