Nick Young Says We Should Legalize Cocaine, Walks It Back After The Storm Ensued 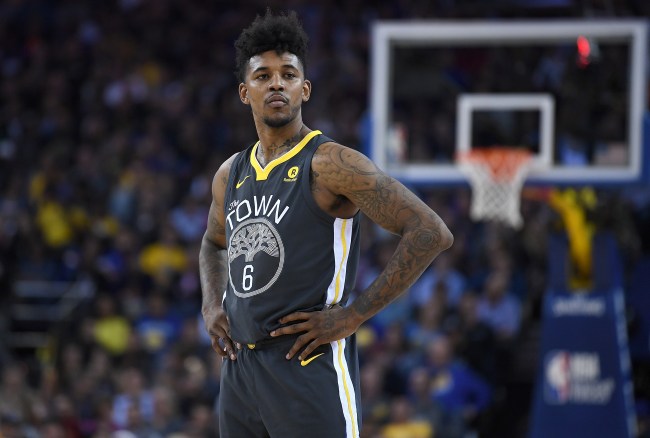 Nick Young of the Golden State Warriors was leaving the nightclub when TMZ cameras caught him on the way out. He was just out having a good time and the next thing he knew there were cameras in his face talking about legalized marijuana in Canada and they were asking him about his thoughts on Canada legalizing marijuana. What’s he do? He tells them he thinks cocaine should be legalized.

For what it’s worth, this TMZ guy is all ‘Canada’s the FIRST country in the world (to pass legalization)’ which isn’t true. They are the SECOND country (first G7 nation). Uruguay was the first nation.

As you can imagine, the entire sports world immediately latched onto Swaggy P’s comments (my colleague has dubbed him ‘Swaggy Kilo’), and before Nick Young knew what was happening this was the biggest news in sports. He took to Instagram to walk back his comments, which to me is kind of bullshit that he ever had to do this because if you know him then you know he was just clowning around in front of the camera:

At the end of the day, he’s just out there having a great time after winning an NBA Championship and TMZ needs to GFTO with putting cameras in player’s faces after they’ve been partying and having fun with friends. It doesn’t benefit anyone but them.

Also, shout out to Canada for legalizing cannabis/weed/marijuana, a law which will go into effect in October.