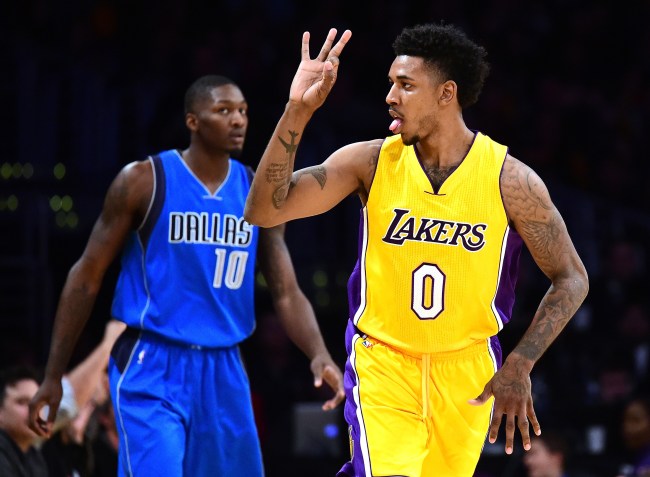 With the Los Angeles Lakers struggling so far this season, fans are starting to panic about their chances in the playoffs. It’s understandable why. The team has played poorly and struggled to stay healthy. To make matters worse, it’s unlikely that any help is on the way.

That hasn’t shaken Nick Young’s belief in his former team. Today, he took to Twitter to drop a hot take on the Los Angeles Lakers.

As much as ppl talk bad about the lakers and how bad they maybe playing …. I bet no team wanna see them in the playoffs from the 1 seed to the 8 seed …. Bcuz teams click at anytime and with Bron and AD and Russ you can’t just count them out

He probably didn’t get the response he was expecting. He got absolutely roasted by the Twitter world over his Lakers take.

Nick! Just say you want that that 10 contract bro.

Almost every team in the league has dominated us this season. I know damn well they ain’t afraid.

Unfortunately they unclick pretty regularly too tho 😫

Yeah… they might not even get out the play in game

They not calling you up bra 😭😭

I have to side with the internet on this one. The 22-22 Los Angeles Lakers have given us very little reason to believe they’re built for playoff success. They Lakers especially haven’t given us any reason to believe teams like the Warriors or Suns would be worried about drawing them in the playoffs.

It looks like Nick Young just threw up another brick for the Los Angeles Lakers.