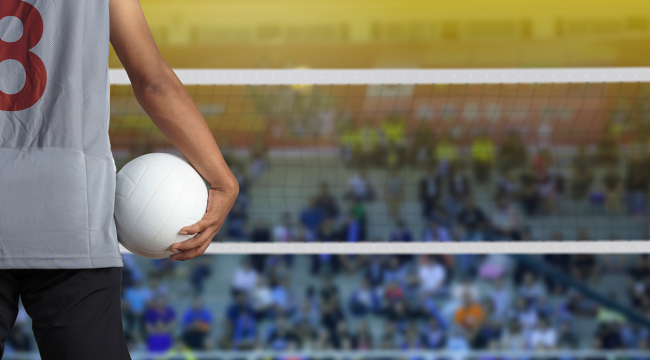 Nico Iamaleava is a five-star quarterback prospect in the Class of 2023. The No. 3-ranked player in his class stands 6-foot-5, 195 pounds and is able to snap ankles with his feet in the same way that he can throw a deep ball down the sideline.

The California-native, who committed to Tennessee earlier this spring, has high expectations to bring a national championship to Knoxville. However, if he wanted to forgo his football career all together (which he doesn’t), he could very easily play D-1 volleyball.

In fact, he is so athletic that many scouts consider him to be the best volleyball player in the Class of 2023. And rightfully so. He’s really, really good.

Iamaleava also loves the game. He earned an Elite 11 Finals bid with an impressive performance in Prada sunglasses at the Nashville Regional earlier this year, but is choosing not to compete.

Nico Iamaleava will not be attending the Elite 11 Finals – best of luck to him @LBPoly_Football this fall!

The Elite 11 Finals, which are being held in Los Angeles this week, coincides with the 2022 AAU Volleyball Nationals. Iamaleava is choosing to run it back for one last volleyball tournament and one last shot at a national title rather than compete on the gridiron.

Lots of respect for Nico opting to play with his volleyball team one more time. The kind of QB I would want leading my program pic.twitter.com/MaMiNgKzH1

Volleyball runs in Nico Iamaleava’s family and he might be the best of them all.

Iamaleava, who is set on playing football, recently transferred back home to play his senior season at Long Beach Poly after playing at Warren High School in Downey, California. He will not play another season of high school volleyball and wrapped his five-star high school career last month.

Despite the fact that he won’t play competitive volleyball past this weekend, his tape is more than enough to warrant D-1 offers from every top school in the country. Iamaleava is tall, lean, and can jump out the gym.

In addition, his arm speed and strength that helps him sling the pill also allows him to crush a volleyball when the set gets pushed out his way to the pins. His most recent highlight is set to ‘Homage’ by Mild High Club and it’s electric.

Iamaleava is so, so good. Take a look:

Tennessee doesn’t have a men’s volleyball team, so becoming a two-sport athlete in volleyball and football won’t happen. But Iamaleava is good enough to do it if he wanted to. How cool would that be?