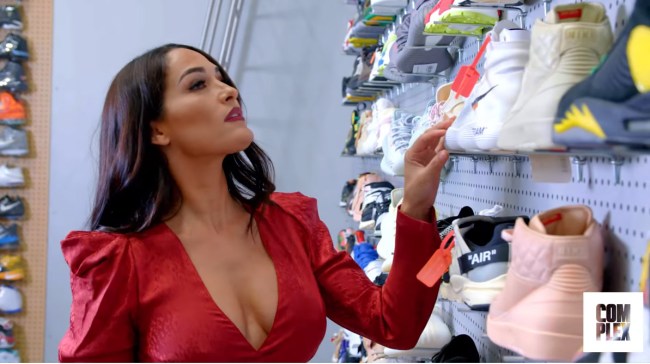 Bella, who along with her twin sister Brie, had been involved in some serious trash-talking with Rousey prior to the match. But it didn’t work, as Rousey was able to make Bella tap to retain her title.

And while Nikki says she’s going to be out for awhile, she even made a point of selling her neck injury during the match…

…she can at least console herself with the four pairs of sneakers she dropped over $2,000 on when she went shopping with Complex at Flight Club Los Angeles. 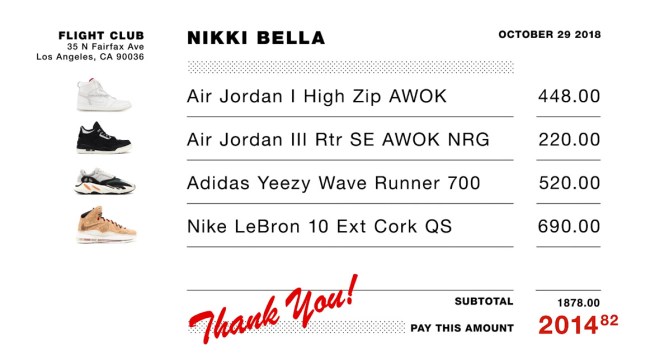 Despite not purchasing any, Bella did mention that she is partial to Nike SB Dunks, especially when she is wrestling. She was the first WWE Superstar to wear a custom pair of SB Dunks in the ring during her 2015 match at Summer Slam.

“I’ve always been a fan of Dunks. When they first were coming out, I was on every website,” Bella recalled. “Dunks are sexy. That’s the sexy sneaker in my eyes.”

Watch as she and Complex’s Joe La Puma talk about everything from custom kicks and high-end sneaker collaborations to her love of Air Jordan 1’s, the fact that she works out in Skechers, and her upcoming (at the time) match with Rousey.

Some more highlights from her match with Rousey at WWE Evolution…