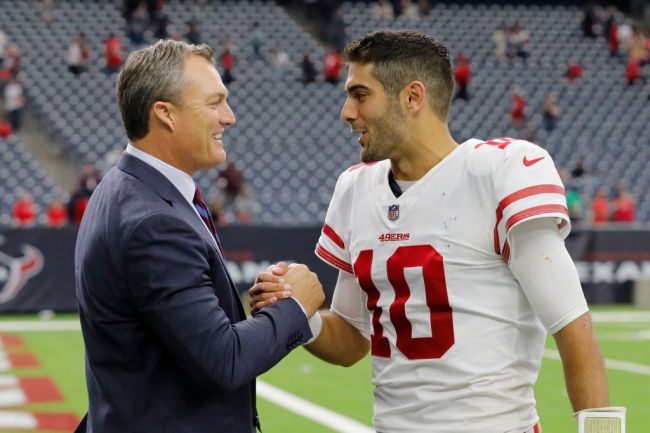 Niners GM John Lynch had to jump on Twitter on Christmas Eve to clear up a social media mishap that took place on Thursday night.

After the Niners’ loss to the Titans on TNF, fans noticed Lynch liked a tweet that suggested the team should leave Jimmy Garoppolo in Nashville.

Lynch claims he “accidentally” liked the tweet and is still a big believer in Jimmy G.

Apparently – while in Christmas Eve Mass w my Family – I accidentally and unknowingly Liked a Tweet. Never intended to and remain a huge believer in Jimmy. Merry Christmas to everyone.