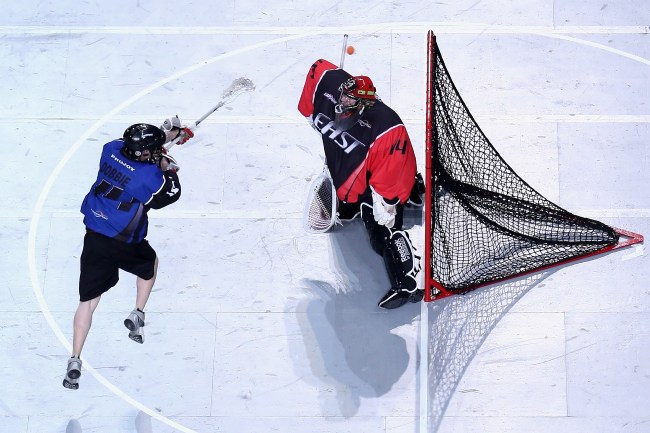 The National Lacrosse League has kicked off its 32nd season. The 2016-2017 season was dramatically different from the first 30 though, with Commissioner Nick Sakiewicz forging a new path for the league. JWS had the chance to connect with the former MLS Executive of the Year in a wide-ranging interview that spans league expansion, their digital strategy and league sponsors. The first half the interview can be found below, we’ll have the balance in tomorrow’s newsletter.

The NLL isn’t a new league, why all the recent buzz?

Sakiewicz: We call the NLL our 30-year startup business. We’ve been around 30 years uninterrupted but haven’t grown. The reason we haven’t is because the league office never had a strategy to invest in key components; we do now. We’re very focused on expansion, digital marketing and television broadcasts, the creation of our commercial platform, a grassroots initiative and team services; and will be for the next 3-5 years. Lacrosse is a small sport right now, but it’s growing loudly. It reminds me of soccer in the 80s, when I was a player.

The NLL awarded Philadelphia and San Diego expansion franchises in 2017. What qualifications did those cities/ownership groups need to meet before receiving approved?

Sakiewicz: Three boxes must be checked. The first is ownership quality and depth; meaning an owner who is in the sports business and has the expertise to run an arena properly or one has the wealth of resources required to build a sports and entertainment company. That’s Joe Tsai, the new owner in San Diego. On the flip side, Philadelphia, which is owned by Comcast Spectacor (CMCSA); checks that box because they are world class arena and sports operators.

The second box is arena quality. The league had a long unfortunate history of putting owners in arenas where the owner was unable to make a business out of it (the lacrosse team), because the arena took all the profits; so, we’re looking for owners that either own arenas or were able get an attractive arena deal, so it’s more of a joint venture with the arena. That’s the case in San Diego, where Joe has gone in and negotiated a very fair use of the Valley View Casino Center.

The 3rd criterion is market; the lacrosse market and its growth potential and the entertainment market.  We like to go into markets where both are large and underserved.

What makes the NLL attractive to NHL & NBA arena operators?

Sakiewicz: There is a real hunger for sports and entertainment content in their arenas; because a dark night is not a good night. We can show a profitable financial model that allows them to put on 9 or 10 events and make a couple million bucks.

Howie Long-Short: Joe Tsai and Comcast Spectacor (CMCSA) each paid $5 million for the rights to an expansion franchise. For comparison purposes, MLS is going to announce later today that Nashville has been awarded a team. The group fronted by local businessman John Ingram (and supported by the Wilf brothers, owners of the Vikings) will pay $150 million to put a team in at the Fairgrounds Nashville site; a “private-public” partnership that appears may cost taxpayers as much as $3 million/year more than anticipated after it was determined the economic report used by Nashville officials, failed to account for the “substitution effect” when calculating sales tax revenue.

Fan Marino: I asked Nick if NLL fans tailgated prior to games. His response “Come to Saskatchewan, there’s tons of tailgating and it’s done at like 0 degrees. The Saskatchewan Rush are our version of the GB Packers.”

Juventus Football Club (JVTSF) is looking to build its brand internationally, authorizing the sale of licensed team products in Japan, China and Australia. The Serie A champions are introducing several new product categories as part of the global expansion, including bespoke leisurewear, an exclusive luggage collection and car accessories. All products will be available on e-commerce platforms, like VIP.com, and within select brick and mortar retailers within each region.

Howie Long-Short: VIP.com is a subsidiary of the Chinese corporation Vipshop, which trades on the NYSE under the symbol VIPS. VIPS shares are up 42% since news broke Sunday evening that Tencent Holdings (TCEHY) and JD.com (JD) are investing $863 million in to the company. TCEHY is putting up $604 million for a 7% stake, while JD spends $259 million for a 5.5% stake. The companies paid a 55% premium for the shares in what is being perceived as an aggressive attempt to defend against BABA.

Fan Marino: President Andrea Angelli had the one-year ban for his role in a mafia related ticketing scandal lifted, but Italian Football Federation doubled the club’s fine (to $710,000) and will force the team to play its January 22nd match vs. Genoa, with one of the stadium’s main sections closed. Losing the advantage of a rowdy home atmosphere could alter the league’s final standings. The club currently sits one point behind 1st Place Napoli and one point ahead of 3rd Place Inter Milan.

The New York Islanders proposal to construct a new 18,000-seat arena (plus a hotel, retail village and 10,000 ft. “innovation center”) on a site adjacent to the Belmont Park racetrack in Elmont, has been accepted with a formal announcement coming later today. After years of trying to get a new stadium built on Long Island, the team left for Brooklyn following the 2014 season; but fans unhappy with the commute and poor ice quality in a venue designed for basketball had the team looking for another home. County officials are urging the team to play in the renovated Nassau Coliseum until the new arena is ready; but the arena seats just 13,900, lacks public transportation and isn’t viewed by the league “as a suitable option for the Islanders.” The team has stated it will play next season’s games at the Barclays Center as contractually obligated.

Fan Marino: Had Empire State Development selected the competing NYC FC bid, the Islanders would have relocated. Co-owner John Ledecky acknowledged there was no “Plan B”. The clarity will also help the team in negotiations with star John Tavares, who is eligible to sign an extension come July 1. This was truly best case scenario for Islanders fans.