No Man Has Ever Been Cucked Harder Than Tex Winter, And I’m Typing This While Biting On A Ball Gag 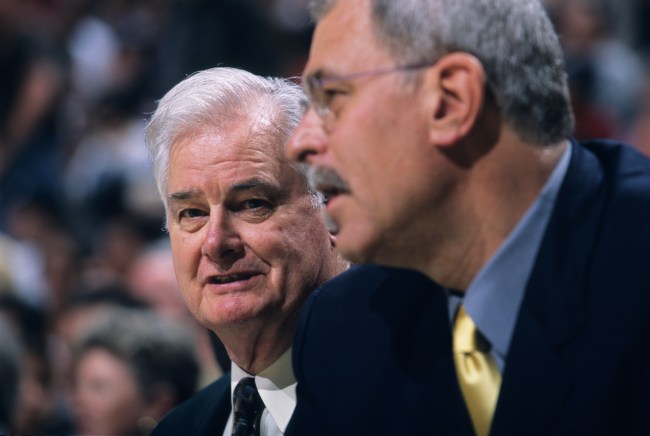 Today is my wife’s birthday.

Typically, I take her to the Cheesecake Factory and wait until she grows quietly resentful that I bought her the wrong charm bracelet again and that I’m too drunk off Tropical Tiki Punches to realize it. It is an annual charade that ends with me leaving my car in the restaurant parking lot and sleeping on the couch with indigestion and one shoe on.

Thankfully, this year is different.

My wife insisted that for her big 3-0, I grant her the gift of letting her ex-boyfriend, Blake, come over so the two can get “closure.”

Blake is an inch taller than me with a speedy metabolism and a tasteful year-round tan. His company, Juul Paws, specializing in vapes for canines, was just given a $14 million investment by Lori Greiner on Shark Tank. Blake is peaking.

I agreed to grant my wife her only wish, so as long as I was present during their interaction and could invite a friend over for support.

That is precisely why I’m typing this from the corner of my bedroom, holding a camcorder with my friend Marv Albert, who is wearing high heels and women’s underwear for some reason and looks to be enjoying my wife’s interaction with her former lover far too much.

“A SPECTACULAR move,” Marv blurts out as Blake flips my wife over in a move that can best be described as ‘Auntie Annie’s Pretzel Meets Power Tool.’

Marv is supposed to be my friend.

In an effort to salvage the dignity lost by watching Blake perform sex acts that would put me in a wheelchair, I muttered:

“How about that Tex Winter? The mastermind of the triangle offense, only to be banished to the bleachers while Phil Jackson basks in the glow of six titles. How much would it suck to be that guy?”

Marv, who was wearing a toupee so obvious it insulted my intelligence, was too enraptured to respond.

But, as my wife made sounds typically unique to a bird sanctuary, the thought of Tex Winter stewing in his motorhome while drawing revolutionary offensive schemes on past due bills and old Christmas cards from Phil Jackson made my situation feel petty. Fortunate, almost.

A wry smile came over my face, surprising me, as I watched my wife’s “closure” session come to an end.

“SIX times!” she exclaimed loudly, directing her praise at a man not named me.

It was at this point when a tall, slender figure stepped through the bedroom window, walked up to Blake’s side of the bed, and plucked the cigarette from his mouth.

“You’re welcome,” Phil Jackson said taking a long drag, before vanishing in a cloud of smoke.