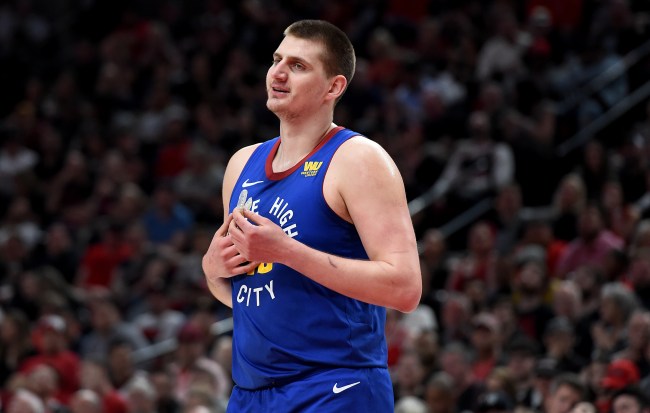 While most people have been gaining weight during the quarantine, Nikola Jokic has been putting in work and shedding all his baby fat before the NBA season restart.

Earlier this year, the Nuggets’ star center admitted that he came into the season overweight which was evident during the team’s opening day media session.

Nikola Jokic on winning MVP:”If I could choose I would rather win a championship. I go out there and try and win a game.”

According to Nuggets guard Jamal Murray, Jokic lost a ton of weight during the quarantine and even has a “four pack” now.

“It is kind of weird to see him like this where he is a lot more athletic, he is moving a lot better.”

Today, Jokic was filmed hanging out in Serbia and the weight loss is jarring.

We’ll have to wait and see if the weight loss and better conditioning will make Jokic a better player.