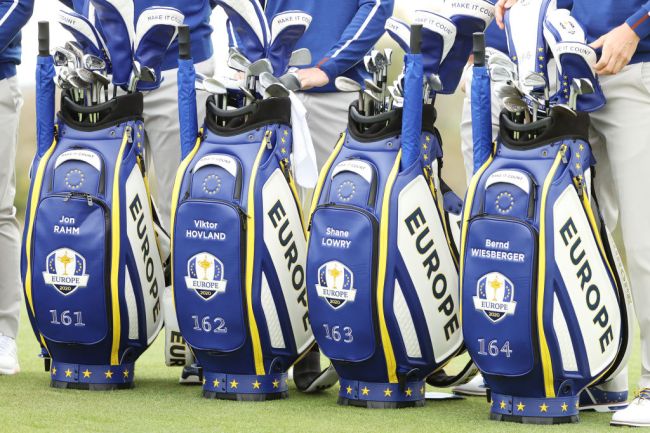 While watching the Ryder Cup at Whistling Straits this weekend you may notice random numbers on the front of Team Europe’s golf bags. No, the numbers aren’t their area codes or anything like that, instead, they each have historical significance when it comes to the Ryder Cup.

The numbers are unique to each of the 12 members on Team Europe’s squad signifying where they fit on the team’s historical timeline. There have been 164 players selected to represent Europe over the years, with Austria’s Bernd Wiesberger becoming the proud owner of that number with his recent selection.

Lee Westwood’s number is a bit smaller. He first made his Ryder Cup debut all the way back in 1997 at Valderamma where he became the 118th player to represent the Europeans.

Westwood, just like team Europe as a whole, cherishes and appreciates the history of the Ryder Cup. It’s the history that’s a big driving force behind Team Europe.

“I knew from day one, really, [how important the Ryder Cup was],” Westwood told the media. “Listen, that week the captain was Seve Ballesteros. There may have been one or two people over many generations as passionate as Seve about the game of golf, but I doubt there’s been many as passionate about the Ryder Cup as Seve was. You just fed off him, really.

“Passion for the Ryder Cup was never something that I had to learn or gain. Pretty much like European team spirit is not something we have to work on; it’s just there.”

Golf fans could make the argument that Team Europe’s spirit and pride for simply competing in the Ryder Cup is something the Americans are lacking. Those numbers on the front of their bags may be a small detail, but it certainly means a lot to the guys teeing it up this week.